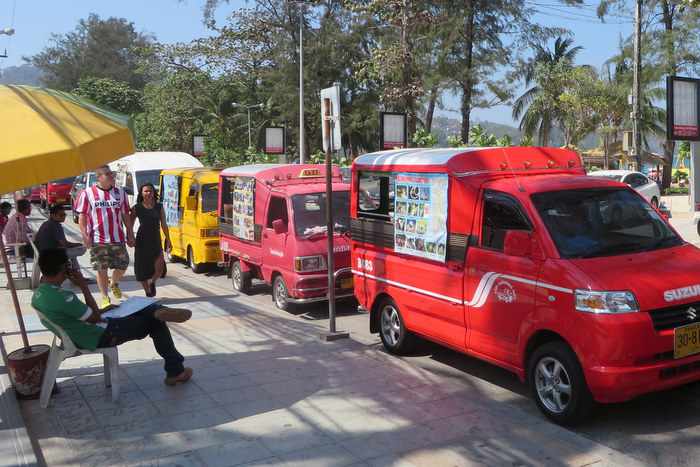 PHUKET: The tuk-tuk gently and purposefully bumped into my motorbike while I was parked in a taxi-only parking zone outside of Patong’s Jungceylon.

It had been there for only a few minutes while I ran into the shopping center to grab a bag from a friend, but apparently long enough to have truly offended the driver.

With a thuggish arrogance, he walked away, past another driver who seemed to be running the stand.
And it was this driver, who appeared to be “middle management”, who truly failed the island – not the ill-tempered one.

Let’s take a step back and review the basics: tuk-tuk and taxi drivers are part of the service industry. No matter how much the Army helps clean them up to legal standards, there is still a need for a shift toward a service-oriented mentality.

The Tourism Authority of Thailand desperately wants to market Phuket as a five-star luxury destination, but to do so, the services throughout the island have to be at five-star level.

Luxury hotel guests, and most definitely our mid-range guests, will at some point slip outside of the calmness of their resorts’ superb service and interact with a barista at a Starbucks, a som tam vendor on the street or a local taxi driver. It is these interactions that can change a person’s perception of the island as whole.

The most important job of middle management in the service industry is damage mitigation. Mistakes happen, but a skilled manager can quickly correct them, defuse the situation, and offer compensation if necessary.

Those handling the operation of legal taxi stands, such as those in the area behind Jungceylon, lack this mentality.

Taxi operators must demand professionalism from their middle management. The big boss can’t go around battling every smoldering driver tired of dealing with tourists, but he can demand that his management team does. It’s a business; a lucrative business that has a serious impact on the island’s reputation throughout the world.

If the driver attempts to cause a scene, whether deserved or not, the taxi stand manager needs to instantly take control of the situation.

Had it been a different motorbike owner last Sunday, the newspapers could be splashing headlines around the world of tuk-tuk drivers getting into fist fights with tourists in broad daylight – not really what the island needs as it pushes forward so many positive reforms.