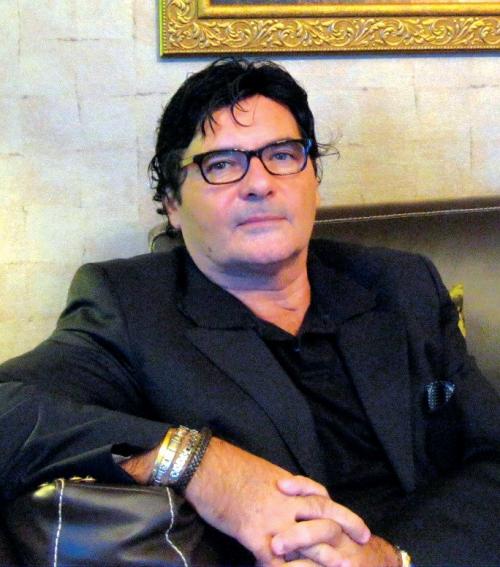 Dr Francesco Pensato, 53, became the Honorary Consul of Italy for Phuket and Southern Thailand in May. A director of the Thai-Italian Chamber of Commerce, Dr Francesco has degrees in Pharmacology, Pharmaceutical Chemistry and Sound Engineering, and is the CEO of World Pharm, JK Drinks and King manufacturing company. Here, he talks about the most pressing problems facing Italian tourists and expats in Phuket.

Some expats are pensioners who are spending their retirement years in Phuket, but others have their own businesses and work here.

The food and beverage industry is a popular line of work for Italians, and there are many Italian chefs in Phuket and elsewhere in Thailand. Italians have invested in, and/or are managing, more than 200 restaurants, hotels, resorts and guesthouses on the island. Others are involved in real estate and construction companies.

However, we often hear about Italians working without a work permit and living in the Kingdom after their permit-to-stay has expired.

I would like the police and relevant government organizations to be strict on checking and arresting expats who illegally work and live in Thailand. We are very willing to support the authorities in this matter.

At the same time, I also urge the authorities to take sterner action against tuk-tuk and taxi drivers who overcharge and cheat tourists.

We have received many formal complaints about the cost of public transport in Phuket. Some specific complaints pointed out that some taxi drivers do not turn on the meter, and instead overcharge their passengers.

Ambassadors from European Union countries and honorary consuls have met the Phuket Governor to discuss the problems expats and tourists in Phuket face, and this was among them (story here).

We would like the Highways Police and the Phuket Land Transport Office to be stricter on these cheats. I also think the new airport bus (story here) is a good choice for tourists wanting to avoid overcharging by taxi drivers.

Other issues raised by the European ambassadors were stricter enforcement of traffic laws and improved marine safety.

In total, there were 300 road accidents and marine incidents involving tourists last year. The top cause of accidents was tuk-tuks, vans, motorbikes and cars being driven too fast.

The second most-common cause was tourists endangering themselves by riding motorbikes without helmets, drunk driving, not following traffic laws or not heeding lifeguards on the beaches.

Stricter enforcement of laws would help reduce the number of tourists injured or killed in accidents resulting from these behaviors.

In another development, we plan to have an Italian language and culture course added to a school curriculum this year, so Thai people can learn to speak Italian and make a living from Italian tourism. We also hope to see this develop into a course at a university.

Most importantly, we would like to remind all Italian tourists and expats to please respect the laws and culture of Thailand. We have decided to live here – so don’t forget that we are guests in this country.