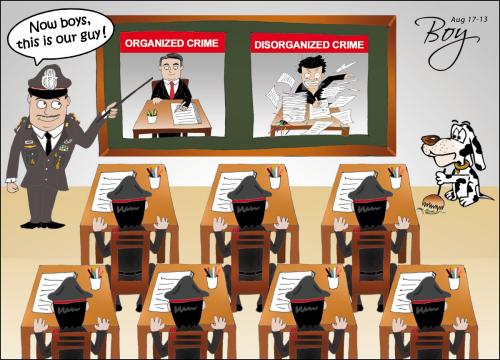 PHUKET: The naming of 11 parties who will be investigated by the Department of Special Investigation (DSI) for so-called “mafia” activities in the island’s tourism industry (story here) have piqued the interest of even some of the most jaded Phuket media observers. However, only time will tell if this initiative turns out to be the first dose of the long-awaited elixir the island so badly needs to end the abysmal state of affairs in the public transport sector.

News that the DSI would set up its own “organized crime centers” on the island was initially met with derision by critics, and not without reason. A brief glance at the DSI’s current English-language webpages make it virtually impossible for a foreigner to launch a complaint in that language. Even the webpage intended to accept complaints in English is incorrectly labeled “compliant”, and if one enters it all the subsequent information is in Thai.

Many critics viewed the development as mere window dressing, a political reaction aimed at showing foreign governments that something was being done to address the endless stream of complaints about tourist rip-offs on the island. More cynically, some even viewed the initiative as an effort to use the state law enforcement apparatus to extort the extortionists.

The release of the names of the first 11 parties to be probed raised more than a few eyebrows, especially as it included one of the island’s most powerful local politicians, Pian Keesin, and his son Preechavude, better known as Prab, who now runs the family’s business empire, which includes the well-known Pisona Group and affiliated business interests.

It certainly would not be the first time a sitting Patong Mayor has been accused of serious crimes while forces loyal to former Prime Minister Thaksin Shinawatra – ironically, himself currently a fugitive from the law – were in office. This has led many to liken this latest probe to those launched during the height of Thaksin’s power in the early 2000s, when many rich Phuket landholders who supported the locally-powerful Democrat Party were investigated for illegally acquiring state land through the Agriculture Department’s SorPorKor program, intended to make degraded state forest land available for use to landless farmers.

However, a review of the list of parties that will be subject to probes this time reveals that most are directly involved in the public transport sector, operating taxi ranks or tour counters. Few, if any, of the names released are typically associated with politics, at least not at the national level.

For these reasons, we join those who view this latest development with guarded optimism – after all, the situation could hardly get any worse than it already is.

If the DSI can bring to light sufficient evidence to prove in court that those accused of “mafia-like” activities are guilty, we hope that the evidence collected will be used to extend the investigations to target corrupt government officials – including police – who allowed mafia to continue, either though negligence or in return for payoffs.