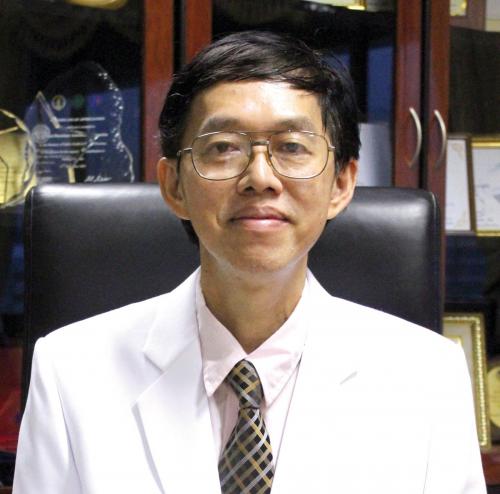 Dr Sirichai Silpa-archa has been the Director of Patong Hospital for six months and was Deputy Director of Vachira Phuket Hospital for 26 years. He has a medical degree from Chulalongkorn University with a specialty in Urology from Chiang Mai University, as well as an MBA.

Here, he discusses options for relieving the financial burden of uninsured foreign tourist and expat patients.

PHUKET: The cost of treating uninsured tourists at Patong Hospital totals about a million baht every year. At Vachira Phuket Hospital, the total is about 3 million baht.

The way to solve this problem is to make travel insurance a requirement for entering Thailand or make it a lot easier to get.

The Public Health Ministry is considering making it a requirement for uninsured tourists to get travel insurance on arrival. In this case, the insurance would be available at the airport for the tourists to buy, according to the number of days they plan to stay.

However, this proposal is still under discussion with relevant organizations such as Immigration and the Ministry of Commerce.

In my opinion, insurance on arrival is probably not convenient for either tourists or officials because it would slow down the immigration process. I think it would be more practical to require tourists to get insurance before they arrive. If they come on a tour, the cost of travel insurance could be included in the package.

Another idea is to make insurance available at stores such as 7-Eleven. Tourists could just buy it the same way they buy prepaid phone cards. They would select a card based on the number of days they are staying here. That way they’d be covered while here.

The problem with this is that it’s impossible to make sure that every tourist would buy insurance. Once they’re in the country, what they do is out of our control.

The issue particularly affects Patong Hospital and Vachira Hospital since uninsured tourists are sent to us.

I’ll give you an extreme example. Two months ago we had a Filipino tourist who suffered a hip fracture. He had neither insurance nor the money to pay. He stayed with us for two months and his medical bills reached 200,000 baht. He couldn’t pay any of it.

At Patong Hospital, we treat all tourists the same, whether they have insurance or money to pay or not. In fact, until recently doctors weren’t aware until the day of discharge whether or not a patient could afford the medical fees.

Now we have a new system, and summarize the bill every two days. That way, if someone can’t pay, we know it sooner and have a chance to recuperate the costs.

The health of the patients comes first, of course, and if they are critical, we continue to treat them until they are better, regardless of their ability to pay.

But if, for example, we know on the second day that they are unable to pay, and they are recovering well and able to leave the hospital, we will discharge them.

In cases where they are not well enough to leave, we contact their embassy and report the problem. The embassy tries to get in touch with the family of the patient in their own country and ask them to help get the patient home.

Health insurance for tourists is a problem that needs a collective effort to solve effectively. Hopefully we’ll find a solution soon.