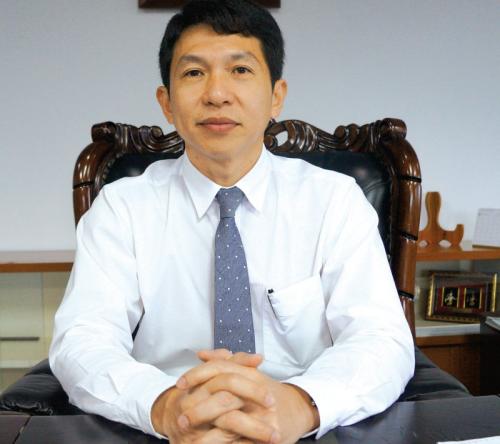 Parinya Chaowalittawin, 45, took up the position of Chief Judge at Phuket Provincial Court on April 1. Originally from Trang, Judge Parinya has Bachelor’s of Law, Barrister-at-law and Master of Law degree from Ramkhamhaeng University. He has served as a judge for 17 years. Here, he explains what needs to be done to help clear the backlog of cases at Phuket Court.

PHUKET: Civil cases in Phuket are quite different from those in other provinces. Here, they involve much more money and there are more cases about land ownership. Resolving land ownership is very complicated.

Land in Phuket is very valuable, and the less land there is available – after all, Phuket is an island – the harder people fight for it and the more complicated the cases become. Having foreigners

Such cases take a long time to finish and many people are willing to take their cases to the Civil Court, the Appeals Court and even the Supreme Court.

We have 21 judges to take care of all the cases. We need two more to cope with the workload. I have requested two more judges, but I am still waiting for a reply.

In the meantime, we will try to process cases as quickly as we can. The most important thing is to be fair and equal to everyone, Thais and foreigners.

Now, if people want to have their cases heard outside normal office hours – and if both parties agree – we will assign our judges to hear the case.

We had to open the night court and the weekend court because Phuket does not have a Municipal Court.

I have assigned two judges to work only on Municipal Court equivalent cases to speed the flow. Phuket is now being considered for a Municipal Court, but we do not know when that decision will be made.

What worries me is the drug cases, especially those involving ya ice (crystal methamphetamine).

Statistics show that over the past five years the number of drug cases being heard at the Phuket Court has increased dramatically.

Phuket has a lot of nightclubs, which makes it easy for drug dealers to sell drugs to tourists. Sometimes tourists are even drug dealers.

The police and the courts do their part, but everyone must be involved in keeping an eye on drugs, especially administrative officials. For us, we will do our best to deliver justice to everyone.