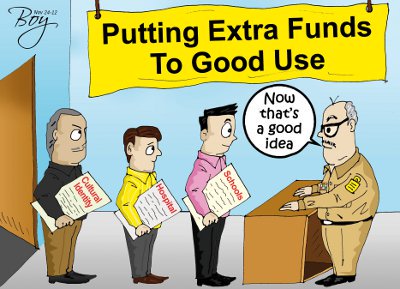 PHUKET: While facing the current unrest on the streets of Bangkok this weekend, the time has also come for the Pheu Thai government of Yingluck Shinawatra to devote more effort to addressing the ever-mounting problems facing Phuket and the rest of the South – and re-examining its erratic strategy in dealing with the ongoing unrest in the Deep South.

It would have been interesting to have been a fly on the wall when US President Barack Obama was briefed on the situation in the Deep South during his recent visit to Bangkok, if such a briefing took place.

However, there is little evidence that the conflict has wider dimensions. Fortunately for Phuket, the domain of terror has been confined to Haad Yai and points south, at least so far.

According to Deep South Watch, insurgency-related incidents – including terror attacks and reprisals by state forces – have left 5,377 people dead and 9,513 injured since the violence re-ignited in January 2004.

It was then that Prime Minister Thaksin Shinawatra, for political purposes, shifted power away from the military and the Southern Border Provinces Administration Center (SBPAC) toward a new agency under police control.

Of all the many state agencies operating in the region, none has been the source of more suspicion and contempt among the locals than the police. This comes as little surprise, given that the three southernmost border provinces for decades served as a dumping ground for rogue officers in a force where a transfer – not dismissal or legal action – resulted from transgressions that if perpetrated by civilians would almost surely have meant jail terms.

Under PM Yingluck, the strategy has changed course dramatically: carrot is now favored over stick. A revamped SBPAC recently funded Hajj pilgrimage journeys to 8,000 Thai Muslims from the region at a cost of 160,000 baht each for the 45-day journey.

Among those receiving the all-expenses-paid Hajj trips were some 120 people enrolled under SBPAC’s re-education program, including many who have already been the recipients of multiple compensation payments of as much as 7.5 million baht for each relative lost to the ongoing violence.

While individual recipients expressed gratitude, the cumulative result of these and many other SBPAC-led initiatives have done little to stop the violence.

The unprecedented 1.28-billion-baht price tag is about half the cost of the former project to build a Phuket International Convention and Exhibition Center, an approved project now shelved with only the promise that the funds “would be put to good use”.

The main problem remains that the Government’s shifting tactics lack any coherent policy to address the root causes of the conflict, which have little to do with religion and much to do with matters of cultural self-identity and a widespread sense of social injustice among the majority Malay-speaking population in the Deep South.