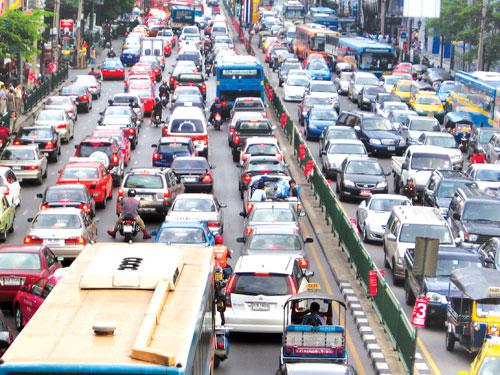 PHUKET: Whenever I read the letters in a national newspaper, or dare to utter the phrase “climate change” in a bar, someone invariably seems to want to take issue with the idea of global warming. There have always been skeptics – usually from vested commercial or political interests.

Proponents of climate change have been branded “criminals” by Lord Monckton, advocates of “massive scientific fraud” by US Senator Sensenbrenner, or selling “snake oil” by the Tea Party’s Sarah Palin.

It may be a tad more difficult for the dissenters now that the UN’s Intergovernmental Panel on Climate Change (IPCC) has released a summary of its latest gargantuan report, with contributions from 840 scientists – a document which asserts that it is “extremely likely” humans have caused most of the increase in global temperatures since 1951. In IPCC parlance, that means there is a 95 per cent probability that we are directly responsible for global warming and climate change.

The report makes a number of predictions about climate change, warning that some are “unprecedented over decades to millennia.” In summary, the findings are that global surface temperatures may escalate by between 1C and 3.7C by the 2080s; that sea levels could rise by 0.4m to 0.6m over the same period; that extreme patterns of weather, (for example heat-waves and torrential rainfall) could intensify; that Arctic summer sea ice could disappear entirely, and in the Antarctic will begin to vanish – in the next forty years.

My bar-friend cynic will point to the fact that these conclusions are only projections, that the rates of change are small, and that there has been a slowdown in the rate of warming over the past fifteen years despite rising concentrations of carbon dioxide in the atmosphere. And, of course, he may point out that we live in a global village where the visual impacts of natural disasters such as typhoons are not only shown on TV within hours but are even predicted before they occur.

True enough. Nonetheless, and despite the inevitable vagaries of climate patterns, the broader trend is inexorably toward warming. Each of the past three decades has been hotter than any others since 1850, with the first decade of this century the warmest of all. Levels of carbon dioxide, incontrovertibly the major greenhouse gas, have doubled since the Industrial Revolution. And that is without mentioning toxic build-ups of methane and sulfur dioxide.

What are the implications for our island? The short answer is that these changes will spare few, even less our children and our children’s children. As a hilly island, Phuket will never suffer the potential fate of the Maldives or of low-lying Pacific atolls. But it is already being affected in other ways. A warmer ocean means less plankton and lower levels of oxygen, the proliferation of algae and unwanted jellyfish, and the bleaching of whole colonies of coral – in short, a catastrophic decline in marine life.

But what makes it worse for us is that Phuket people are accelerating the process with their uncaring practices; by the discharge of untreated wastewater and the run-off of nitrates into the sea, by over-fishing and the gouging of the ocean floor by trawlers, by the mindless antics of speedboats who have been tearing up fragile coral with their anchors and cutting open the shells of Oliver Ridley turtles with their propellers.

On land, the picture is no better. If a healthy ocean provides 70 per cent of the world’s oxygen, then the rest is provided by green vegetation, above all by trees. But we are not only polluting our seas, we are cutting down our woodlands. Admittedly, the original rainforests of Phuket, once so dense and so rich in animal life that no one dared venture into them, have long since gone. Nonetheless, the majestic trees that do survive should surely be protected. Why is there no law that insists that any mature tree destroyed to make way for yet another building should be replaced?

I recently witnessed the cutting down of a rosewood (dipterocarpus). Solitary and splendid, this huge, straight-trunked tree had dominated a plot in Rawai, probably for hundreds of years. There are precious few such trees in Phuket, and unfortunately for this one, someone had recognized its commercial value.

It is not too late to slow down, maybe even arrest, this doomsday scenario. On a global level, it means finding, first and foremost, viable alternatives to fossil fuel and thereby reducing pollution by cutting emissions of CO2 and methane. On a local level, it means actively supporting each and every action by government and local environmental groups in their efforts to protect our natural heritage of ocean and woodland.

It means instilling in our teachers and their pupils an awareness of this precious heritage. Sadly, this is easier said than done.

Phuket Opinion: Warding off bad luck with a smile