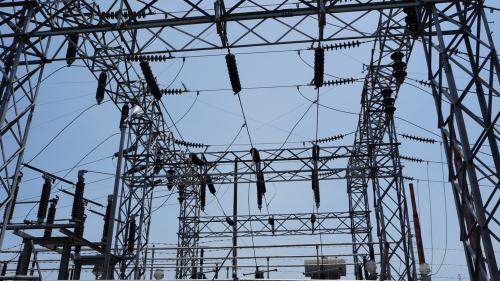 PHUKET: Phuket will have plenty of electricity supply for residents and tourists during the coming high season, Natthaporn Kochsiripong, an officer at the Phuket Provincial Electricity Authority (PPEA) ensured the Phuket Gazette yesterday.

“We have a capacity of 580 Megavolt Ampere (MVA) to support Phuket residents,” Mr Natthaporn said.

“Demand has never exceeded 420 MVA, and this high season we expect a demand of about 440 MVA, so we are not concerned about electricity shortages,” he said.

New substations will also help ensure that electricity supply remains constant – two new substations were established in Thalang and Patong in April, and another station will be installed in Karon in December, he said.

In total the island will then have seven substations.

Additionally, the PPEA has drawn up plans for how to deal with any regional shortages on Phuket.

“When there is an electricity shortage in any area, we can re-direct power to the area within 15 minutes from a nearby substation,” Mr Natthaporn said.

“It used to take us 30 minutes to an hour to correct shortage problems, but with the new system we can do it much more quickly,” he added.

There’s no reason to be concerned about having the same kind of electricity shortages that have struck Koh Samui, Mr Natthaporn said.

“Samui has only two sources of electricity; if they have a problem with one of them, it can create serious shortages. Phuket receives power from four difference sources,” he said.