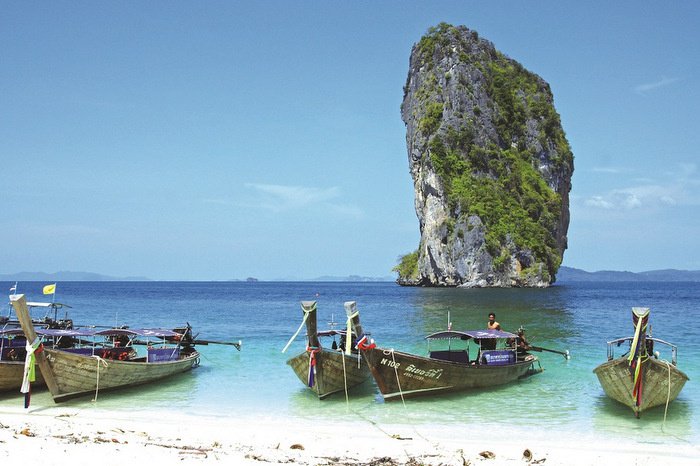 PHUKET: In the past 20 years, Thailand’s tourism industry has grown in leaps and bounds due to the hard work of the industry’s private-sector and effective campaigns created by the Tourism Authority of Thailand (TAT).

One of the TAT’s most successful ever was its “Amazing Thailand” campaign launched in 1998, which aimed to bolster the country’s tourism income after the 1997 Asian financial crisis.

The campaign was only designed to run for a year, but the phrase turned into such a buzz around the world that it went on to become the de facto tourism campaign for the next five years, until it was toppled in 2003 by “Unseen Thailand”.

Even today, there are very few foreign tourists who haven’t heard the Amazing Thailand slogan.

Back when it was launched, arrivals to Thailand were only 7.76 million. Today, those figures have jumped to more than three times that number. Last year, the total number of visitors was 24.7mn, despite the political crisis.

But has all this promotional activity been worth it? Has Thailand really invested in its natural beauty, or has it slowly allowed the tourism industry and other sectors to chip away and destroy the very resources from which it has gained so many tourism dollars?

The government’s campaigns to promote the country’s tourism to the world are just like any other capitalist venture created to sell a product: They hide the real truth for the sake of profit.

In the last two decades, the Thai government has paid only lip-service to the dangers of environmental degradation; to the damage that poorly planned tourism products can cause; to the polluters; and to the destroyers of Thailand’s natural habitat.

Its message – to the tourism industry; to corporations and to the Thai people – has been a clear one: We value profit over the preservation of our environment and natural resources. No wonder that today pollution pervades almost every corner of Phuket.

Even in the face of destruction in Phuket, and elsewhere in Thailand, the Thai government does nothing to protect nature for the generations of future visitors – let alone for the people of the Kingdom.

There was no mention of the real environmental crisis facing the country; instead she was happy to announce that the government was looking at ways to “increase tourism spending per head.”

She then went on to say that the fundamental selling point for tourism was its “Thainess”.

Ms Kobkarn did not elaborate on exactly what Thainess is composed of, but if she meant that it is the true embodiment of the Thai spirit, then that Thainess, which tourists purportedly seek, could be in very short supply once Thailand’s natural habitat has been truly pillaged for profit.