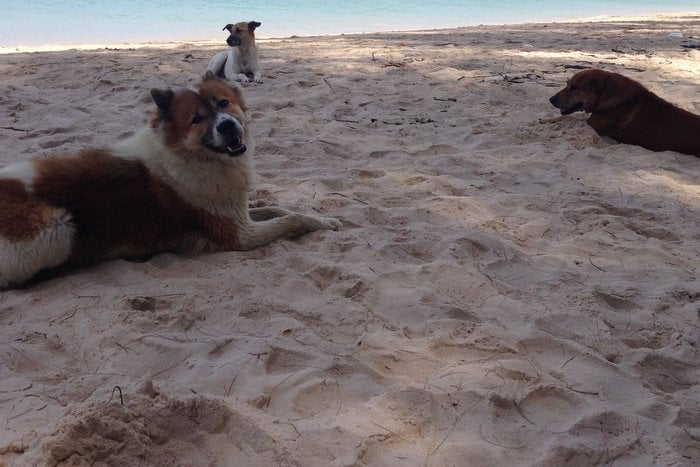 PHUKET: There are many tales told, time and time again, by Phuket residents of good, bad, scary or weird encounters they’ve had with stray animals who live their lives on the streets of this island.

The stray dog problem was recently cast into the spotlight in Rawai and Nai Harn. However, this problem is not exclusive to the south of Phuket – it’s everywhere and it needs to be a priority for the heads of the provincial government.

A person can hardly drive 100 meters without seeing a soi dog. And I personally have had to kick away aggressive ones when taking walks, while some are summoned away by their reluctant ‘owners’. Others have simply jumped my fence to have a quick nap in the shade by my front door.

I have a near-daily battle with a soi cat who is constantly trying to run into my house; I’ve accidentally run into a cat with my motorbike after it decided to dart out in front of my tyre (it survived); and another cat died underneath the tyre of my friend’s bike. We had to dispose of it without knowing if it had an owner waiting for it to come home.

It is in the nature of many Buddhists (and most caring people in general) to show kindness to the creatures of the earth, an honorable trait that is exhibited through feeding and caring for stray animals.

Although these animals are being fed, many are not being claimed and taken in as pets, which means they are not getting spayed or neutered.

There are organizations on the island, like the Soi Dog Foundation and Paws, who work tirelessly to find homes for stray animals and sterilize and vaccinate the ones who roam the streets, in an effort to reduce the stray population and keep the island free of rabies.

The second phase of a sterilization and population control program launched by the Soi Dog Foundation is set to be completed this year.

I would be interested to know the statistics, and if programs like this are actually helping contain the number of strays on the island. If so, these types of initiatives should receive the full backing of the provincial government in order to keep safe both the animals themselves and their two-legged human companions.