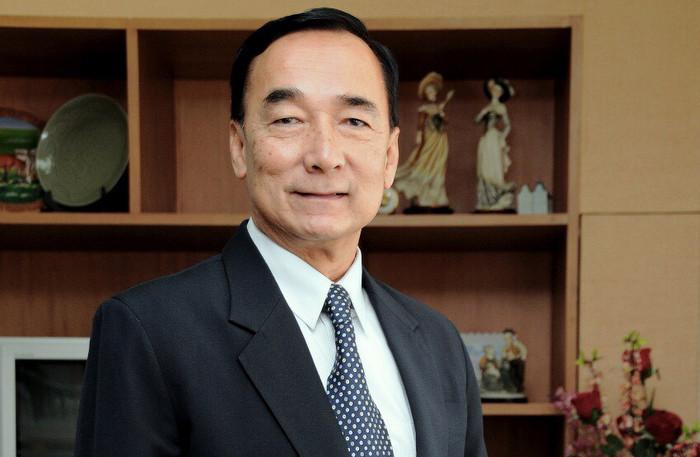 Omsin Chivapreuk, 64, is the nation’s Deputy Transport Minister. He graduated with a Master’s degree in Business Administration from Kasetsart University and studied Advanced Management at Harvard University.

Here he talks about his expectations for the Thailand Yacht Show and how Phuket will benefit from the prestigious event.

PHUKET: The Thailand Yacht Show is the first time that the Thai government has hosted such an event for luxury yachts. We aim to show that Thailand – and especially Phuket – is ready to host such a big international event and promote the region as a world-class hub for yachts and cruise boats in Southeast Asia.

Phuket was selected as the most suitable province to host the show, mainly because the island has the most marinas and expertise in hosting such events.

Ao Po Grand Marina was selected as the venue for the first yacht show because of its track record in dealing with boats of all sizes. Having inspected the site, I am confident that the marina, and Phuket as a whole, is the best choice for holding the yacht show at the moment.

Organization of the event is being handled by the private sector while the government is playing a supporting financial role.

The show is a must-see event for anyone interested in yachting. The yachts on display are stunning, as are the sea and surroundings. It’s a real taste of luxury. And it also includes seminars for anyone wanting to learn more about sailing, yacht maintenance and the industry as a whole.

Of course, this being the first time we have held an event of this kind, there are many challenges to meet and we hope to learn a great deal from it. However, it certainly won’t be the last time, as we are dedicated to making the yacht show an annual event.

We have to take it one step at a time so that we can learn as much as we can from this inaugural show and apply what we learn to future events as we look to promote Phuket as a leading yachting destination.

We are now looking at several ways of promoting it, including possibly building more marinas – though we are well aware that Phuket is already doing well with the several marinas already in place. But that being said, we are still keen to support developers planning on building new marinas in suitable locations.

Many large cruise ships already sail to this region from all over the world, especially from Europe and Scandinavia, so we want to be able to offer a full range of supporting facilities and services, and I believe that we can achieve this over the next few years.

We expect the Thailand Yacht Show to generate a great deal of interest in the yachting industry and generate significant income for the local economy while promoting marine tourism.

There will be more than 30 yachts (under 30 meters) joining the event, as well as many superyachts ranging in size from 31 to 70 meters.

Overall we are confident that the Thailand Yacht Show will be the first of many bigger and better yacht shows in the future and will help put Phuket and the region on the map as a world-class yachting and leisure destination.