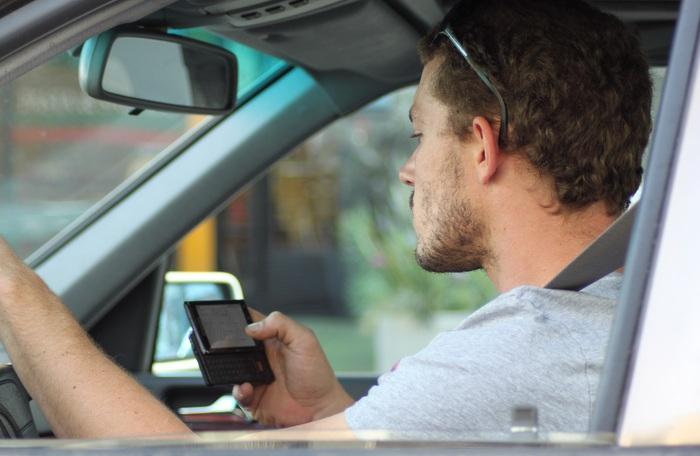 PHUKET: Having a mobile phone in Thailand has been the norm for about 10 years.

When the phones were first introduced, it was a big deal to be able to call anyone, anytime, anywhere. However, because of this, people were causing more traffic accidents from using their phones while driving.

This is why the government implemented a law prohibiting people from talking on the phone while behind the wheel, unless they were using a hands-free device.

But now, traditional mobile phones have been replaced with smartphones, which for the most part, require you to use your hands for their touchscreens.

The popularization of smartphones has also ushered in ‘phubbing’.

Phubbing is a behavior in which you snub your friends, family or any other person who is trying to converse or spend time with you, by continually checking your phone. But, though rude, it’s not a dangerous habit.

Though I notice people constantly phubbing each other at bars, restaurants and at work, what worries me is this behavior when people are behind the wheel on the road. Is it worth risking your, or someone else’s, life just to see how many ‘likes’ your Facebook profile picture has?

Recently, I saw a news story that had a video of a bus driver talking on his phone while 25 other people’s lives were in his hands, not to mention the lives of other drivers on the road.

It really made me think about the number of times that I look at my phone while in the car.

Granted, I have a habit of looking at my phone while at a stoplight, but I confess that sometimes when the light is green I am still looking at my screen, which is unacceptable. I know I’m not alone in doing this, and I’m sure many drivers take it a step further and check their phones while they are actually in motion.

There have been times when I am driving at night that I think the person in front of me is drunk, because he or she is driving slowly and swerving. However, when I go to pass them I can see the light of a phone in their hand.

I would like to thank those who don’t look at or use their phones while driving. As for me, I will make it my New Year’s resolution to stop this bad habit in order to do my part to help everyone have a safe and happy 2016.