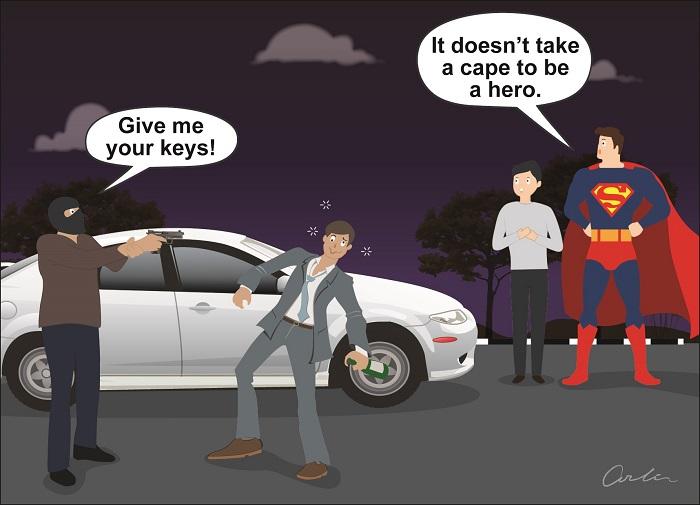 PHUKET: Despite some positive developments with law enforcement, the sobering results of this year’s ‘Seven Days of Danger road-safety campaign shows that Phuket still has a long way to go before the island’s road safety is at an international standard befitting a world-class tourist destination.

The introduction of more proactive law enforcement measures to catch motorists for moving violations is revealed in some of the arrest statistics that were released at the end of this particularly grim period of accounting.

There was a marked increase in the number of motorists caught for such moving violations as drunk driving, speeding, making illegal u-turns and ‘ghost riding’ when compared to previous campaigns. Yet despite this positive development, the end result remains depressing and unacceptable: six dead and 75 injured during the period.

As opined in this space many times over the years, the underlying cause of all these needless, devastating tragedies is not our woefully understaffed, undertrained traffic police. It rests in a culture of carelessness, a form of wishful thinking that allows otherwise rational beings to take to the roads with a self-perceived sense of personal safety so overwhelming that they feel that the laws of physics simply do not apply to them.

The unprecedented crackdown on drunk driving is a good place to start and is long overdue, but we certainly need a more holistic approach that goes beyond random blood-alcohol testing and gets to the root cause of the problem: a lack of personal responsibility, not only for one’s own safety, but for others who share our roadways.

Ask any Thai who has experienced driving in Europe or North America and it is difficult to get them to stop talking about just how different – and better – it is. The great enigma is why a country known for smiles, hospitality and social etiquette seems so incapable of transferring those qualities to the tarmac.

It goes without saying that Phuket roadways are dangerous enough in themselves to warrant great caution. What is needed is a paradigm shift that moves the situation from the current norm of widespread, wanton recklessness to something more logical, sensible and responsible.

As this will never be accomplished by law enforcement or top-down dictates, we have to start from the bottom. As 2016 unrolls before us, the Phuket Gazette urges all readers to work ‘driving defensively’ into their list of New Year’s resolutions.

As an old driving safety slogan from the west once put it: ‘The life you save might be your own’.