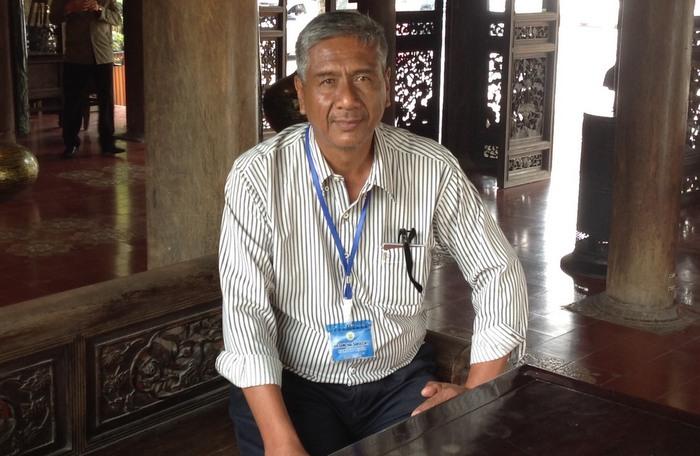 Somchai Sakulchit is a Phuket native and current president of the Phuket Farmers Council. He graduated from Phuket Rajabhat University with a master’s degree in Crop Sciences.

Here he talks about the negative effects that the new bill regarding Genetically Modified Organisms (GMOs) will have on Phuket and ways to amend it in order to minimize the impact on small organic farms.

PHUKET: The new Biological Safety Bill leaves much room for GMO businesses and farms to freely operate in Thailand. There are many hoops that small organic farms must jump through that the bigger GMO companies can bypass.

This is a serious cause for concern, considering the fact that if one were to get ill from a GMO product, the company can decline to take responsibility by claiming that it was an accident.

An amendment that we would like to see in the Bill would be a requirement to label all GMO products. It is only fair that people are able to make an informed choice about what they put in their bodies, particularly if they can choose to eat something from a farm that will hold itself accountable if their consumers get sick.

Another concern is the fact that the Bill allows businesses and farms to be approved at the department level as opposed to the ministry level. Companies that can create a huge impact on Thailand’s farms should be looked at from the highest authority possible.

The effects that this will have on Phuket at this point have yet to be seen, but considering the limited amount of farming space on our island, I fear that small organic farmers will be put out of business, because at this point, there are no clear regulations in the Bill that state how far a GMO farm must be from an organic farm.

This is a huge issue, because if a GMO product seed travels into an organic farm and pollinates the crop, the GMO company has the right to sue the organic farm for selling its product. It will also damage the reputation of the farmer who claims his products are organic and make him vulnerable to lawsuits if consumers fall sick and take him to court.

To go to court in such cases requires a lot of money, so the farmer will either have to regrow all of his crop or try to take on the big company in court. This, I fear, will result in a lot of small farms going out of business.

This is one of the many reasons why the Phuket Farmers Council has been protesting the Bill and would like to see amendments made before it’s passed. It is essential that these important details are laid out and not left open to interpretation.

Though Phuket is mainly a province that relies on it’s rubber plantations and fishing industry, there are still many organic farms on the island that grow papaya, tomato, corn and cucumber.

The Phuket Farmers Council does not want to prevent the improvement of our country’s agriculture; we just want to make sure that GMO businesses and farms are regulated and that small farmers are adequately protected.

We have called upon the government to allow representatives from small farms to be present and have a say in the drafting of the Bill.

Until then, the only thing we can do is educate the public about the effects that the Bill will have on local farmers and let them know that they, too, have just as much say in this, because it affects the food that they feed to their families and consume themselves.

We love Phuket. It is our beautiful home, and we want our home to have safe and clean food for its people.

Island View: Just another stop on the map