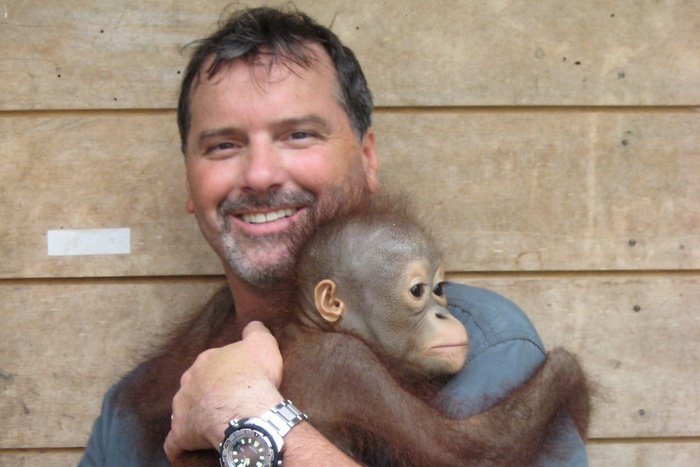 Todd Lemons is the founder of InfiniteEARTH (infinite-earth.com), a Hong Kong-based project development company whose mission is “to move the world from an unsustainable extractive economy to a sustainable replacement economy by changing the way [we] view the consumption and pricing of goods…”

Here is his commencement address to the Class of 2015 at the British International School Phuket last month.

Here you all are at a pivotal moment in your lives and I am meant to inspire you and impart to you some kind of sage advice that you’ll take with you on your life’s journey and maybe pull out of your pockets once in a while.

That’s a challenging notion because the world you’re about to step into looks nothing like the world I entered upon graduating 35 years ago. I grew up in a monochromatic, low definition world. Everything was a shade of black or white including people, religion, politics and careers.

In 1981 the world had a set of black and white rules that had been in the making for several decades. There was a defined set of respectable career choices – the usual – lawyers, doctors, architects, engineers, and financiers. That was basically it and lines were not crossed. Engineers were not entrepreneurs. Financiers were not environmentalists. Educators and Academics were certainly not millionaires.

If any of you have studied ancient history, you’ll know that the 1980s were defined by an unapologetic and unrestrained pursuit of money. Society broadly measured success in dollar signs and zeros with the pursuit of happiness being an unnecessary philosophical contrivance. Happiness, we were led to believe, was a mere byproduct of increased consumption begotten by increased monetary success. Hence, the path to happiness was the pursuit of more money.

Those were the rules. That’s all you needed to understand. The world was ours for the taking, we were told. And so we took – and took and took some more – far more than our fair share, as it turns out.

In just a few short decades my generation and the one before me, have succeeded in conquering the world – virtually every remote corner of it. The world now kneels in submission. And yet, ironically, we the conquerors are really slaves. We always have been. We were enslaved by an outdated and narrowly defined world view, a narrowly defined view of what constitutes success, an unimaginative view of what constitutes progress, a limited set of paths to happiness and a suffocatingly narrow definition of self.

But, you are different. Whether you know it or not, you have been born free persons just by the very timing of your births. Now, as young adults, you are entering a world on the precipice of great change. Consequently, you are free of the shackles of the old cosmologies. You are free to define yourselves and your world, unencumbered by the ideological biases and historical norms of the old world. Your world is polychromatic and success in this new world will depend on your ability to see an infinite set of possibilities, visible only in full color HD.

I believe this special school in this special place has greatly facilitated that freedom and ability. Here, in this multi-cultural environment, you have been freed from the cultural confines you would have faced back home. This place has afforded you the freedom to find your deeper, truer selves.

If there is any advice I can give you, it is that getting a degree, to get a better job, to make more money is NOT the end game, nor is it any guarantee of success, let alone happiness. Do not leave here to “get a degree” in something in order to make a career for yourselves. That would be a black and white, low definition world view.

Whether you are headed to university or taking a gap year, my advice is the same. Leave here and get an education in anything, – with just one explicit goal – to make a life, not just a career and to reshape the world. You will achieve both by becoming the greatest version of you that you can be. Whatever your interests, seek out the very best in their fields and learn from them and then synthesize that knowledge and experience with your own uniqueness.

What stands before you today is an undefined future. While that might be intimidating, it is equally liberating and you must embrace that. The old rules will no longer apply. The old paths to success will not lead you there.

While we were the generation of conqueror slaves, you will be the generation of liberated healers. Your success will be found in repairing what we have degraded and in replacing what we have depleted. Your future and the future of this planet will demand that you seek economic growth balanced with social and environmental justice – that you rewrite the very definition of what constitutes “progress”.
No matter what profession you pursue, be it architecture, hospitality, engineering, medicine, education, agriculture, politics, law or finance, the very survival of the planet will most certainly be a major component and consideration in your career.

Trust me, there is no joy or success in replicating the status quo or in following the masses, particularly those that came before you.

This special place has given you that ability. You already possess skills your generational peers do not have and cannot replicate. You are free of geographic, racial, cultural and linguistic barriers. Your eyes, your hearts, your minds and your spirits are wide open, and so too are your opportunities. You are well prepared to enter this new world and to give it shape through your leadership.

So, go forward. Go out into the world. Be true to your nature. Be the greatest version of you that you can be and make a difference. Change the world for good. By all means, pursue your personal life aspirations, financial or otherwise, but always, always, through the filter of service to something greater than yourselves. For it is there that will find success, and fulfillment, and long-lasting happiness.