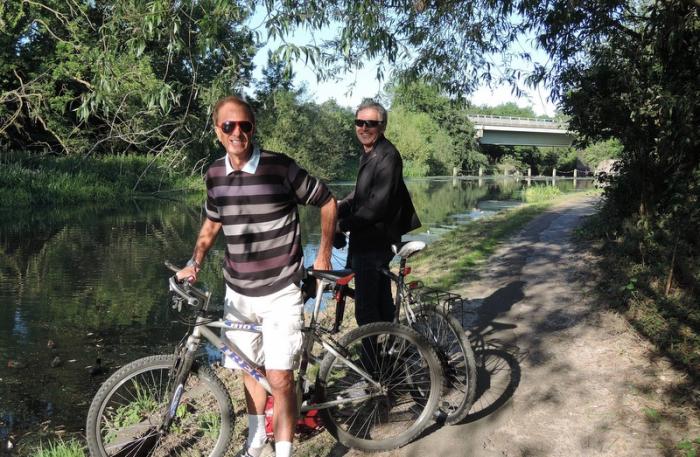 PHUKET: Making (and often immediately breaking) New Year’s resolutions is an age-old tradition all over the world, as we pass from one year into the next. Hope, and its close cousin self delusion, are abundant at this time of year as we promise to be better and brighter versions of ourselves. In Phuket, in fact, you get not just one, but three clear chances to make and then try to keep your resolutions, as Thailand munificently celebrates three separate New Years – Gregorian, Chinese and Thai!

As we enter the year 2016, it’s the time for the island’s cyclists to take stock and set goals for their future.

Thailand’s cyclists have had a mixed year, with the recent outpouring of support for the ‘Bike for Mom’ and ‘Bike for Dad’ events tapped into a rich and growing vein of enthusiasm for the sport. Sadly, the raft of well-publicized accidents, deaths and injuries to cyclists, often the result of dangerous and/or inebriated driving, have continued to shock us all.

Let me then posit some New Year’s cycling resolutions for our continuing revolutions of wheels and pedals in 2016.

First and foremost is for the government to develop and fund a well-planned program of cycling infrastructure, particularly a network of cycleways separated from general traffic.

I had the pleasure of cycling in New Zealand last month and both the main islands there have a huge network of separated cycle paths and trails crisscrossing the country, which make it an absolute delight to experience New Zealand’s abundant natural bounty on two wheels and in complete safety.

Thailand and Phuket need the same.

The government should seek to convert the grandstanding nationalism of the ‘Bike For’…. events into concrete action. Start planning and building cycling infrastructure that is safe, scenic and fun. Only then will Thailand have some legitimacy in trying to sell itself as a cyclist-friendly destination.

For us Lycra Louts in Phuket, our resolutions should be highly specific, reasonably attainable and fun, or quite frankly, they aren’t going to last even until the end of January.

‘Lose weight and cycle more’ just doesn’t cut it! That’s far too vague to have any real meaning.

Here are five simple resolutions to help you get fitter and increase your cycling enjoyment.

1) Cycle on at least three occasions and for a total of 75 plus kilometers each week. Keep a written record of this and post it on Facebook or other social media so that all your friends and family know you are making this commitment.

2) Cycle with a group of other enthusiasts, some of whom are better and stronger cyclists than you. Research shows that athletic performance improves through association and imitation of those who are better than we are. In addition, cycling in a group is motivating, fun, and you get to share coffee and gossip after your ride.

3) Cycle before breakfast at least twice each week. This is safer, cooler and gets you out of bed and on the road with just an orange or a banana in your stomach. You go to bed earlier the night before and soon you’ll find you want to be outside, enjoying Phuket’s gorgeous sunrise and experiencing the best part of the day.

4) Set a specific cycling objective for the future and publish it to all your friends and family. “I will cycle my age in kilometers in one hour on my next birthday” is a good example. A bit of a challenge if you happen to be over sixty like me, so tailor your own personal commitment to be a challenging but attainable goal that can be met with perseverance.

5) Book a challenging future cycling holiday or event such as cycling from Bangkok to Phuket with Martin Brot’s Siam Bike Tours (www.siambiketours.com). Give yourself plenty of time to train so you can not only complete, but enjoy it.

Resolutions like these will make your 2016 pedaling revolutions not only abundant, but fun.

History: Bangkok for the holidays raises query about Victory Monument