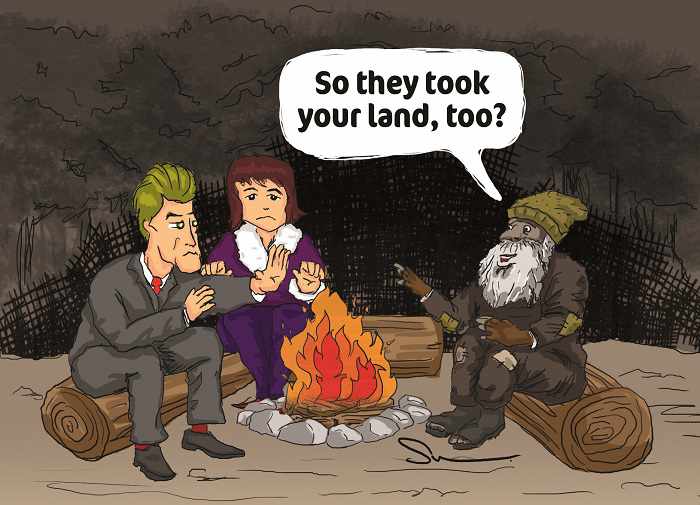 PHUKET: The island should applaud the courage and dedication of Sirinath National Park Chief Kitiphat Taraphiban for continuing the campaign to rid the park of all encroachment – even in the face of recent death threats (story here).

The state of many national parks and protected conservation areas is an embarrassment, with many beautiful locations degraded by corruption-fuelled, unregulated development.

Even the United Nations has issued warnings to Thailand about illegal development in and around tourist destinations that have been afforded the coveted status of World Heritage Site.

Encroachment is common in many countries, but in the vast majority of them it tends to involve desperately poor people trying to obtain shelter as part of their battle to survive. In most developed countries, clearing land inside a national park to set up a commercial operation is, well, simply inconceivable.

However, here in Thailand, encroachment has been very much a rich man, poor man phenomenon. As American podcast comedian Adam Carolla puts it, “rich man, poor man” behaviors are those that seem to be restricted to the very rich and the very poor. Examples include never carrying a wallet and spending evenings in front of a roaring fire, to name just a few.

In this sense, the National Council for Peace and Order (NCPO) seems to be conducting quite an even-handed crackdown on encroachers nationwide, targeting both the rich and poor.

The scale of the problem at Sirinath National Park was revealed by Department of National Parks, Wildlife and Plant Conservation Director Samak Donnapee in July, when he said that an estimated 2,700 rai of the park’s total 13,000 rai had been encroached upon.

This is hard to imagine in an age when satellite and mapping technologies have become so advanced. It also reveals the corruption that has spiralled out of control in the country, and needs to be handled as quickly as possible during the NCPO’s time in power.

As for the death threats made against Mr Kitiphat, we expect and hope that they are only that – threats. Those who have followed crime on the island know that assassinations tend to be carried out in a formulaic fashion that seldom involve advance warning, especially at the level of detail in this case.

There were no such threats reported back in 2003, when Phuket Provincial Land Office Deputy Chief Pongtorn Hiranyaburana was shot while conducting an investigation into the illegal issuance of title deeds. This case remains unsolved.

Nevertheless, we hope the Navy unit assigned to Mr Kitiphat never lets down its guard in the months to follow.

How to survive a plane crash