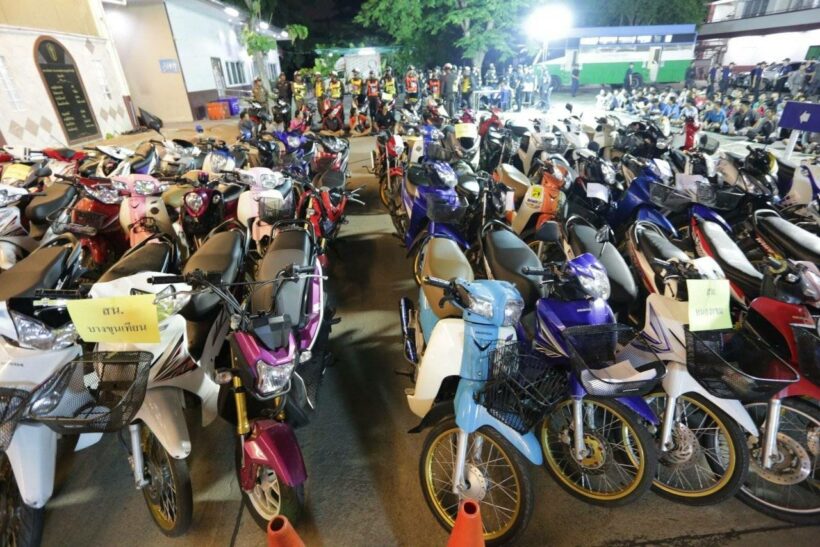 It’s been a busy night in Bangkok with nearly 140 people detained or arrested over street racing and others testing positive for illicit drugs at just one late night venue.

Ninety-one motorcyclists and pillion riders were arrested las night (Friday) in an ongoing crackdown on street racing in the capital.

The arrests were made by police staffing road checkpoints under nine police stations.

They were arrested after their motorcycles were found to have been illegally modified with the apparent intention of racing. Along with the 91 people arrested, police seized 76 motorcycles in the operation.

The raid was on the Ripper House pub on Sukhumvit Soi 23 in Vadhana district at 3.30am after police received complaints that it violated the 2am closing rule. Police found that some 80 people still drinking and dancing. They were rounded up for urine tests. Forty-five people tested positive – 29 men and 16 women.

One was charged with being in possession of ketamine after police found a small amount of the drug on him. The 44 others were charged with drug abuse. Police arrested the pub manager, identified only as Supachai, for running an unlicensed entertainment place as the pub was found to have no licence.

Had any problems registering your drone in Thailand?