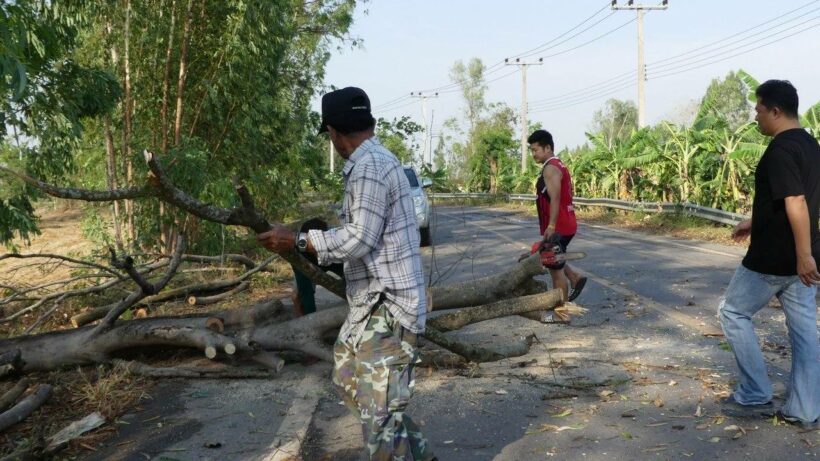 The toll on property has been heavy following a week of storms around the central, north-east and northern regions. One man has died and more than 3,300 houses damaged by windstorms and thunderstorms from April 23-28.

Storms and heavy rain hit the capital and some sever storms reached as far south as Surat Thani.

As a temporary measure to ease the hardship of the affected people, the director says his department had coordinated with the military and relevant agencies to provide food, roof tiles and materials for house repairs to the storm victims.

In the next step, compensation for damage will be provided in accordance with the regulations of the Finance Ministry. The victims can also seek help by calling the hotline 1784 at any time.

The Thai Department of Meteorology are reporting that there’s more storms to come in the forecast.

“The active low pressure over the upper Andaman Sea is moving over the Mataban Gulf, Myanmar during May 1 and 2. The southerly and southeasterly winds prevail across the Northeast, the Central and the East. Outbreaks of thundershowers are likely in much of the country and isolated heavy rain will be forecast for the North, the East, the Central and the South. Moderate wind and waves are likely over the Andaman Sea with seas up to about 2 metres. All ships in the Andaman Sea should proceed with caution.”

3 out of 20,000 traditional medicines may have potential to cure some cancers