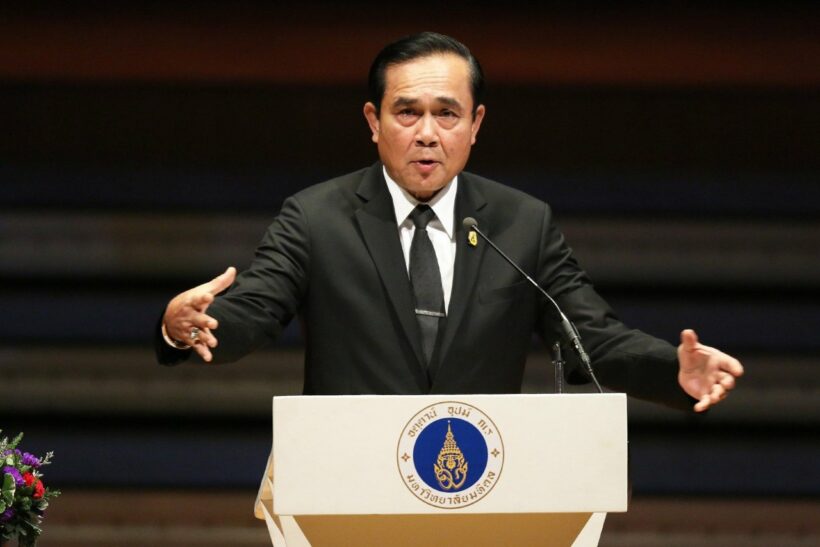 The Thai PM is playing down rallies by pro-democracy groups planned for this month to press the NCPO to hold the long-delayed election this year.

Prayut Chan-o-cha is insisting that the election would have to be held next year following a conclusion by the junta-appointed legislative assembly to delay the implementation of the MP election laws.

“I have told the international arena about this and no one objected to me,” he said at Government House.

“I never wished to delay the election, but the law changes make it unavoidable”

The PM also had words for the activists planning protests over the coming weeks.

“Just see if they are old or new people. Do they talk in line with politicians? I wish people would take lessons from escalations in the past,” Prayut said.

General Wallop Raksanor, secretary-general of the National Security Council, added that protesters should not plan to be violent or break any laws.

The pro-election activists, led by the Democracy Restoration Group, plan to launch major assemblies this month, when the NCPO will reach its fourth anniversary in power. They will not only call for an election but also demand that the junta not remain in power after the election. Their demands are linked to fears that the current junta-written constitution allows the NCPO to mobilise its power via the parliamentary system, with wholly handpicked senators and the possibility of an appointed ‘outsider’ prime minister.

Additionally, the junta-written 20-year national strategy plan provides for punishments for civilian governments if they fail to follow the plan.

Since the start of the gatherings and protests by the group in January, dozens of activists, students and journalist have faced charges for allegedly breaking the junta’s ban on political gatherings of five or more people, the public assembly law and land traffic laws.