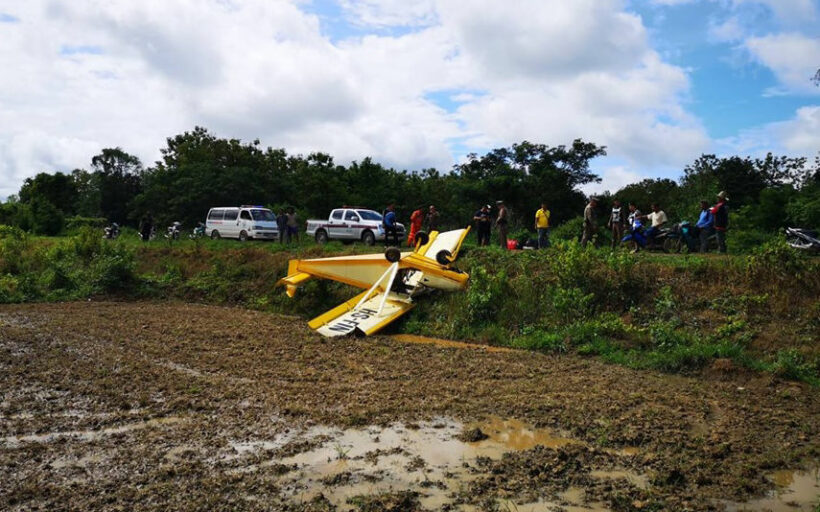 A private light plane has been forced to make an emergency landing in a rice field in Sukhothai’s Sri Satchanalai district, central Thailand, this morning. The pilot and the passenger were unharmed in the incident. The incident happened at 9.32am in Moo 4 village in Tambon Haad Siew.

The pilot managed to glide the plane down to land in a field before it flipped over. The engine had cut out in midair, according to the explanation given by the pilot to police.

The pilot said he was flying from Lamphun to Samut Sakhon when the engine cut-out and were unable to restart it. 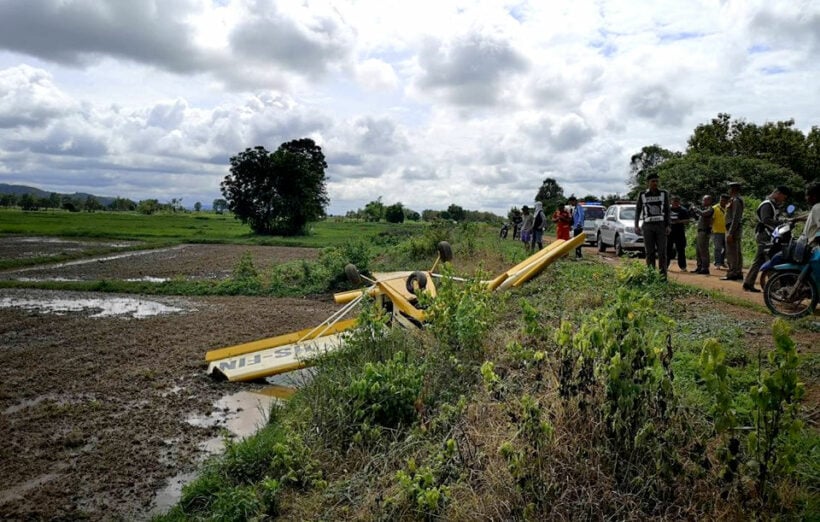