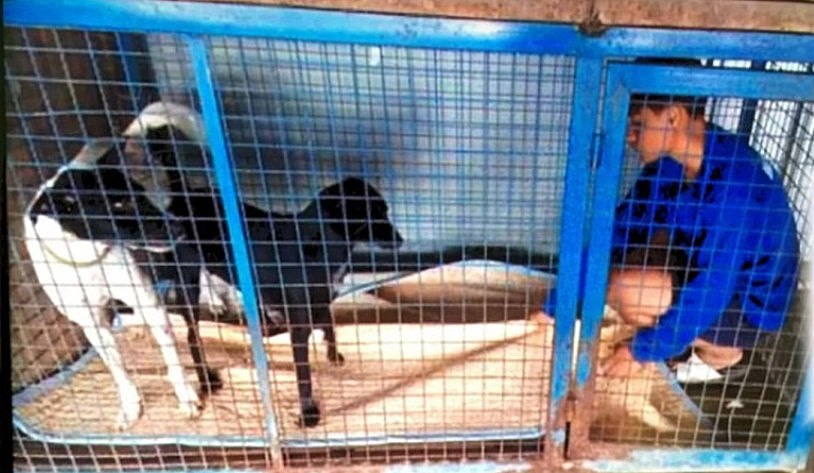 Fifteen workers from an animal shelter in Buriram, north-east Thailand, have filed a police report claiming their employer verbally abuses them and forces them to spend time in dog cages.

Thai Residents reports that the shelter employees have also posted on social media, accusing the French man who runs the shelter, named only as ‘Miguel’, of making them stay in cages with dogs. They say they are given no food or water, and verbally abused if their boss is not satisfied with their work.

Following the report, officers from Buriram police station visited the shelter, but Miguel and his Thai wife were reportedly in Bangkok for a television show at the time, although there is no further information as to the nature of the show.

Police found nine out of fifteen employees at the shelter, with the others having accompanied their boss to Bangkok.

A 17 year old girl named as Yok, says she’s been working at the shelter for the past three months, receiving a monthly salary of 10,000 baht. She claims her boss forces her to spend ten minutes at a time sitting in a dog cage, saying it will help the dogs become more familiar with her. Yok says she is afraid of being bitten, but does as she’s asked as she doesn’t want to lose her job.

She says she regularly sees other workers, who’ve been there longer than her, endure verbal abuse and being forced to spend time in dog cages. She says employees have put up with it until now because they get to go home every day and the money is not bad. However, their boss has started to extend the time they spend in the cages, making them remain there until break time, and it seems they’ve had enough.

Thailand’s social media users are up in arms following the accusations, demanding to know why a foreigner who has chosen to live in Thailand would disrespect his Thai staff in this way.