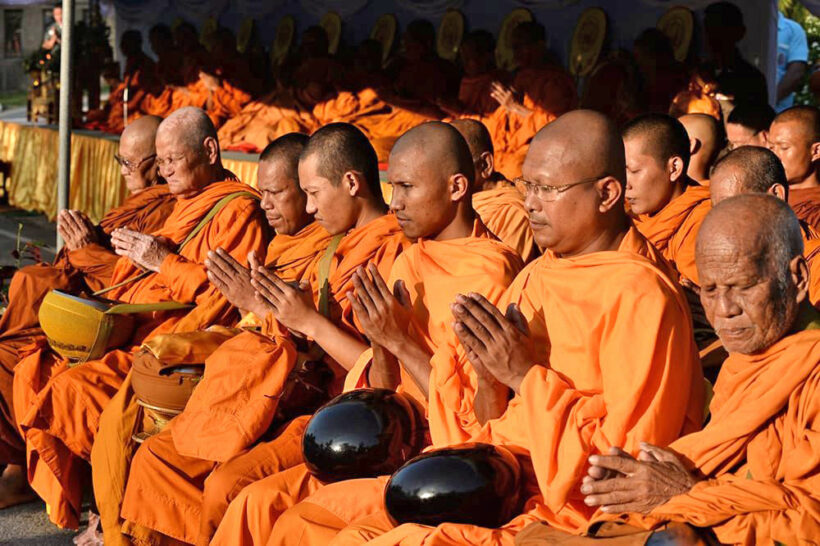 A famous forest temple in Issan’s Udon Thani province caught fire yesterday, claiming the life of its abbot. The temple has long been associated with the late Maha Bua Yannasampanno, thought by many of his followers to be an Arahant (someone who has attained Enlightenment) and a master in the Thai Forest Tradition.

75 year old Phra Ajarn Sudjai Thanthamano had served as the abbot of Wat Kesornsilakul, popularly known as Wat Pa Ban Tad, since the death of the Maha Bua in 2011.

Police were notified of the blaze at 1:37pm. Firefighters arrived at the scene to find flames engulfing the abbot’s living quarters. Monks, novices and citizens were trying to put out the flames and rescue the abbot, who was trapped inside.

The fire brigade sprayed water to control the flames. When the blaze subsided, monks rushed to bring the injured abbot out. He was taken to a van and rushed to Udon Thani Hospital but died on the way. The van then took his body back to the temple.

Although it destroyed the abbot’s quarters, firefighters were able to control the blaze before it could spread to any other areas of the temple. Police cordoned off the area pending the collection of forensic evidence, as followers began arriving at the temple after hearing of the abbot’s passing.