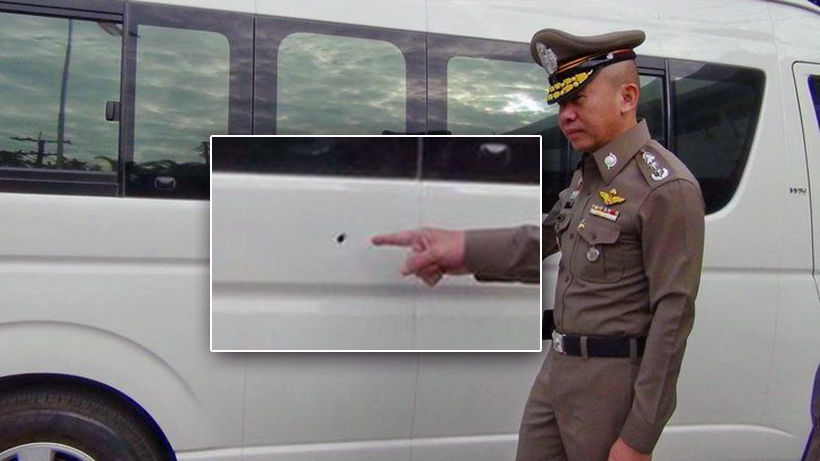 A 27 year old woman has died after a stray bullet hit the minivan in which she was travelling and penetrated the right-hand side of her body. The incident appears to be an accident. Thai Residents reports that the shooting took place around 1.30am yesterday morning. It’s understood the woman was travelling from Buriram in Thailand’s north east, to Bangkok in the van with her husband.

Locals have told police that teenagers were playing with liv guns as the minivan passed through the area. Although the van driver raced his wounded passenger to hospital, she died of her injuries.

The police are now attempting to track down and identify the teenager who fired the shot that killed the woman.