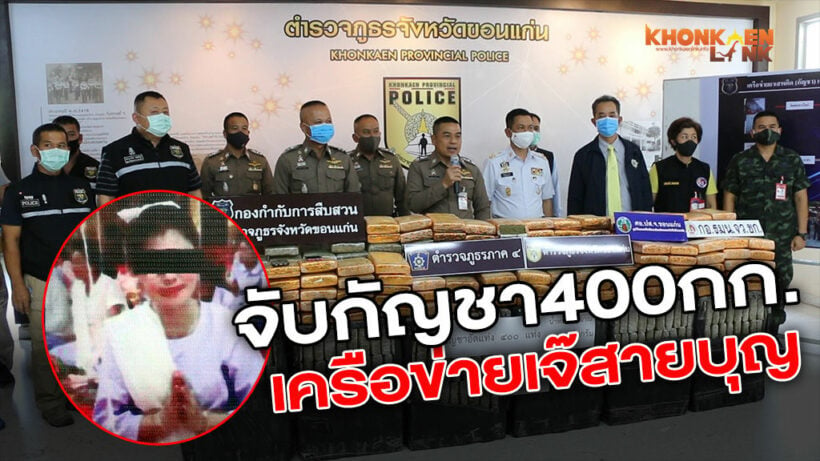 Police seized hundreds of kilograms of marijuana from a drug network run by a mystery woman in the Isaan region, north east Thailand. The syndicate was run by a woman known as “Jae Saigon,” meaning “sister on the merit path,” according to Bangkok Post.

A photo from a police suspects chart shows a woman wearing a white robe and her hands placed together in the “wai” position. It’s not reported how large the network might be, or how smuggling cannabis and making merit go together.

For those looking for a lot of marijuana, people were able to place a “weed order” with Jae Saigon on the messaging app Line. In a sting, a police officer placed an order for 100 kilograms on the app. The delivery address was a vacant warehouse in Nam Phong, a district in Khon Kaen.

After seizing the 100 kilograms and arresting the drug delivers, police confiscated another 300 kilograms at a house in Mukdahan, a province near the Laos border. Altogether, the cannabis had a street value of 1.2 million baht.

Those arrested are 41 year old Samai Chareechai, 38 year old Sarayut Somdee and 45 year old Pongsak Phasuk. All of them are from Mukdahan. They were in charge of driving to deliveries and contacting customers on the app.

Police are still on the lookout for the mysterious Jae Saigon.