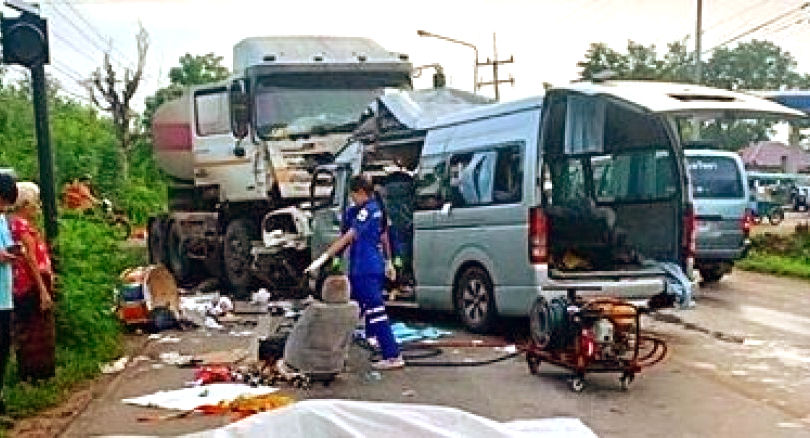 Five football fans, travelling to watch the Thai Port Football Club, have been killed when their rented van crashed head-on with a water tanker in Khon Kaen this morning.

Police said the incident occurred on the Chumphae Si Chomphu road in Moo 6 village in Tambon Wang Hin Lad. Three others people were injured in the collision.

Four men died at the scene and another died after being taken to Chumphae Hospital.

The truck driver, 41 year old Sayan Suwanchairob, says he was delivering water to a factory in Chaiyaphum when he saw the van travelling towards him on the wrong side of the road as it attempted to overtake another vehicle. The van smashed head-on into his truck.

37 year old Narongrit Wongmao, who was also critically injured, has been able to tell police that the group of Thai Port fans rented the van to travel to a match in Nong Bua Lamphu.