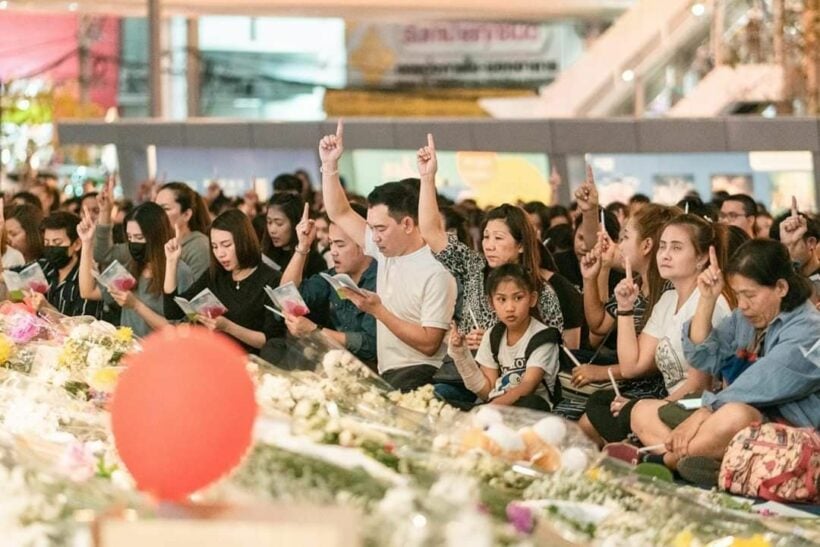 A week after a rogue soldier went on a shooting spree, killing 29 and injuring 58, no one seems willing to take responsibility for the Army’s lack of security, which allowed the man to raid an armoury, steal weapons of war and kill and maim innocent civilians, Thailand Today reports.

The massacre has prompted many, from all walks of life, to call for army reform; for analysis to identify the causes of the horrifying incident and prevent it happening again; for the resignation of PM and Defence Minister Prayut Chan-o-cha and army chief Apirat Kongsompong; and for a truly transparent investigation (with neutral party participation).

A professor at Chulalongkorn University’s Faculty of Political Science told Thai online media outlet The Standard that the army must take responsibility. If the army and the government don’t handle the situation correctly, he warned, it could turn into a political hot-button issue driven by social media, which the defence minister, army chief, and others would find difficult to manage and might damage their careers.

“This tragedy requires the acceptance of responsibility, not just sending representatives to lay wreaths at funerals or presenting compensation money to the relatives of the victims.”

“We’re calling for the army to cleanse its forces of dirt. Society is today giving the defence minister and army chief an opportunity, so they should not shy away from taking responsibility. Even if society is silent and not making any demands right now, one day this issue will spill onto the streets.” In a press conference on Tuesday, reporters asked army chief Apirat whether he would resign to assume responsibility for the shooting. He replied that he wouldn’t resign over an individual’s wrongdoing.

“The shooter might have been an officer of the armed forces but what he did was certainly not an army mission, and he was driven by personal reasons. I have responsibility for the missions I command and have displayed responsibility in every position I’ve held and all the crises I’ve been through, from the beginning until now, when I am not far away from retirement.” 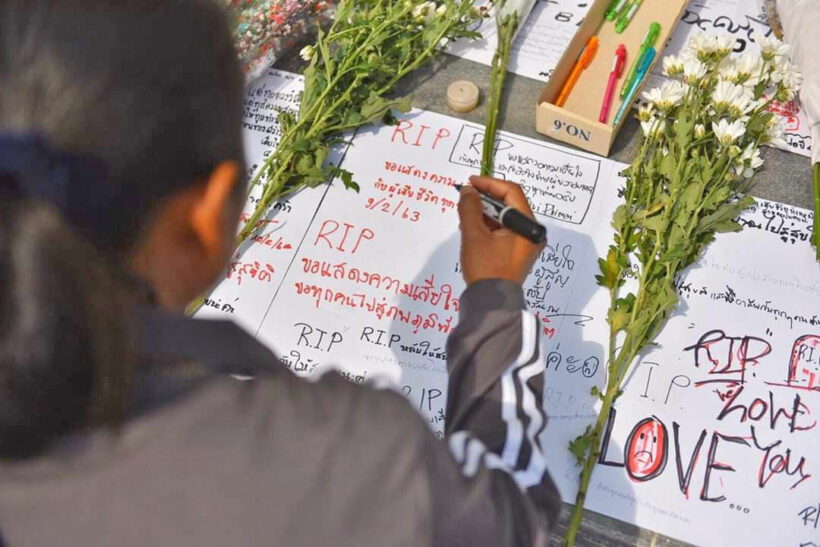 “The moment that he fired at innocent people, he became a criminal, not a soldier anymore,” Apirat told the press as he tearfully apologised. He admitted some army units were lax in guarding weapons and ammunition and this posed a risk that armouries could be robbed. He also says he has set about to clean up the businesses that operate from within the military infrastructure.