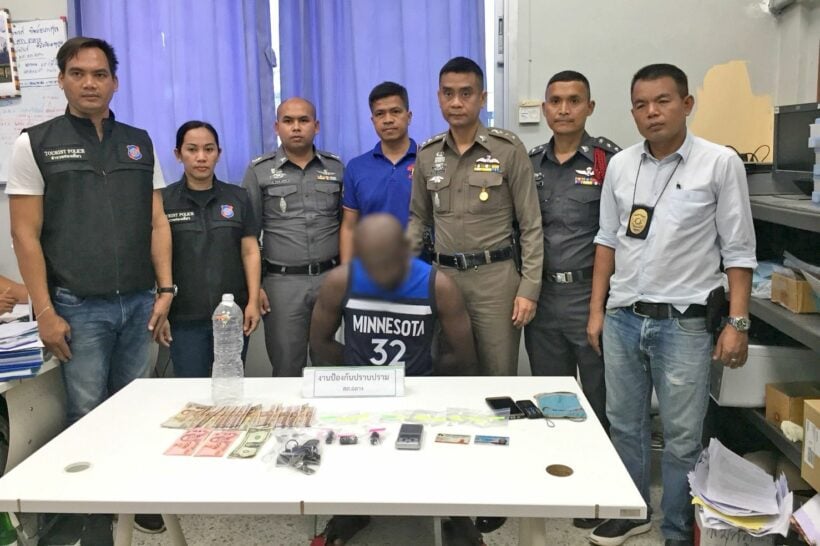 A team of the Thalang Police today (May 9) have arrested a 32 year old Nigerian man, Emeh Tobechukwu Kyran. He was arrested at a checkpoint on Thapkrasattri Road southbound in front of Thalang Police Station at 2.30am this morning. He was found cocaine with totaling 44.7grams.

The arrest came after Kyran, who was driving a car, was stopped by police at the checkpoint. Police say Kyran ‘panicked’ and failed to produce his Kingdom of Thailand entry documents.

A care taker at the property told police that Kyran was staying in the room with a Thai woman for about four months but the woman had left him two months ago. Now Kyran is living alone.

“At night time his foreign friends are always visiting his room.”

Kyran admitted that this cocaine belongs to him. He was taken to the Thalang Police Station to face charges of possession of a Category 2 drug with intent to sell and also charges of being an illegal alien.