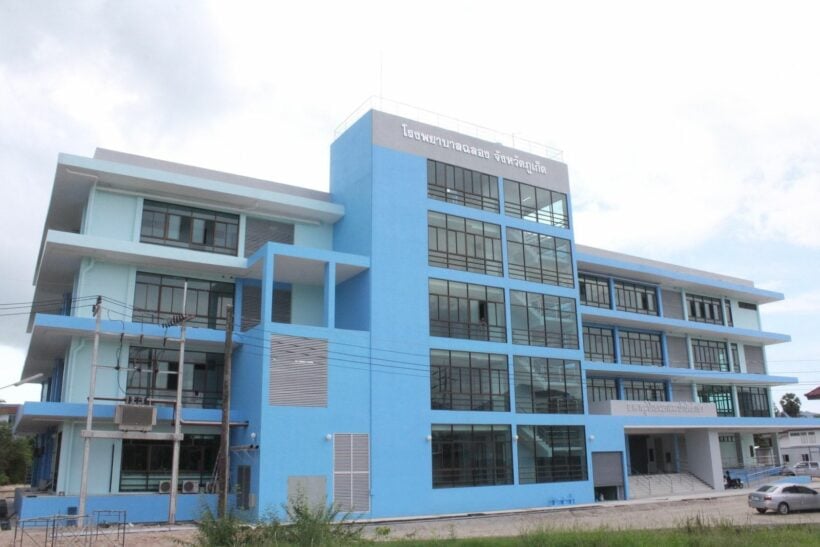 The first section of the Chalong Hospital is expected to be fully operational in time for this year’s high-season.

Chalong Mayor Samran Jindaphol says, “There are many tourists visiting Chalong along with the expats living there. It is very important to have a fully operational hospital in this area. Nearly one hour is needed for the transportation from the Chalong area to Vachira Hospital in Phuket Town. In case of emergency, it might be too late as there are already lots of patients at Vachira Hospital and there is a lot of roadworks currency along the way there.”

“Chalong Hospital is being constructed on the donated land of Kao Areerob. The construction covers the area of about 10rai. The land would now cost more than 200 million baht. The office of the Permanent Secretary, Ministry Of Public Health, provided 103,215,000 baht budget to build an Out-Patient-Department (OPD) and treatment centre,” he added

“The Out-Patient-Department (OPD) and treatment building is expected to be ready for full operation this November. The third floor will be built as an In-Patient Department (IPD) which can service 10-15 patients at a time. The Ministry of Public Health has approved a 100 million baht budget for next year to build an IPD (In-Patient-Department) for 150 rooms. The construction is expected to be completed by 2021,” he noted.