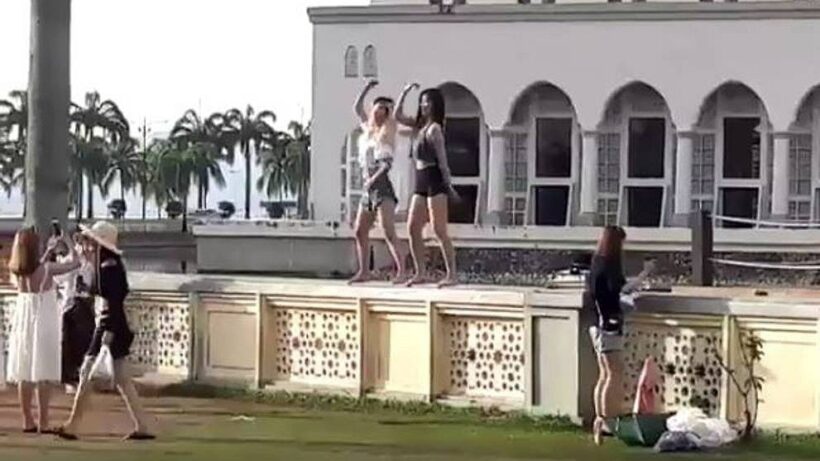 Dancing on crab sculptures, dancing in front of mosques. Chinese will do anything for THAT selfie.

Channel News Asia have reported that two Chinese tourists, caught on video dancing in front of a mosque in Kota Kinabalu, Malaysia, were fined RM25 (200 baht) each.

Dance coaches 27 year old Wan Han and 25 year old Zhang Na committed the offence last Saturday at around 4pm at the Kota Kinabalu City Mosque. The following day, the mosque placed a temporary ban on tourists after a nine-second video of the two women dancing on a fence, with the mosque in the background, went viral.

Both women were detained at a hotel lobby on Wednesday morning after a police report was lodged against them, reported New Straits Times. The women, who were unrepresented, pleaded guilty to a charge of disorderly behaviour in public. They asked for a lenient sentence as they did not know what they did was wrong, the Star reported.