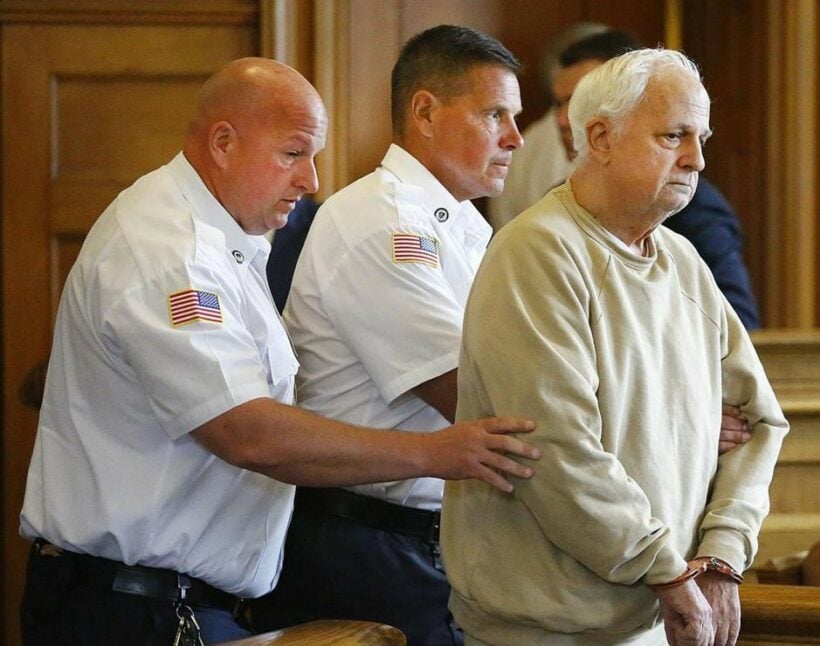 The Boston Globe is reporting that 72 year old Reynold Buono, a former drama teacher at Milton Academy in Massachusetts, fled the US more than twenty years ago after acknowledging he molested a freshman student in 1982.

According to the Boston Globe, after a night of drinking with a close friend, Buono confessed to molesting the student. The friend then confronted Buono who then fled to Southeast Asia where he had remained ever since. He was living in Thailand and was arrested by the Royal Thai Police on the instruction of the authorities in the US.

“We owe our partners in federal law enforcement – and in Thailand – substantial thanks for their diligence and perseverance,” said Norfolk District Attorney Michael Morrissey.

“This has been a very involved process and we are relieved to have these charges now ready to be brought forward for arraignment in the Norfolk Superior Court.”

Investigators say that Buono could have abused up to 18 boys during his time at the Milton Academy. It was not revealed if Buono had been working as a teacher while in Thailand.

Milton Academy said in February 2017 that independent investigators had determined Buono molested at least a dozen male students. He headed the school’s theater program for more than a decade.