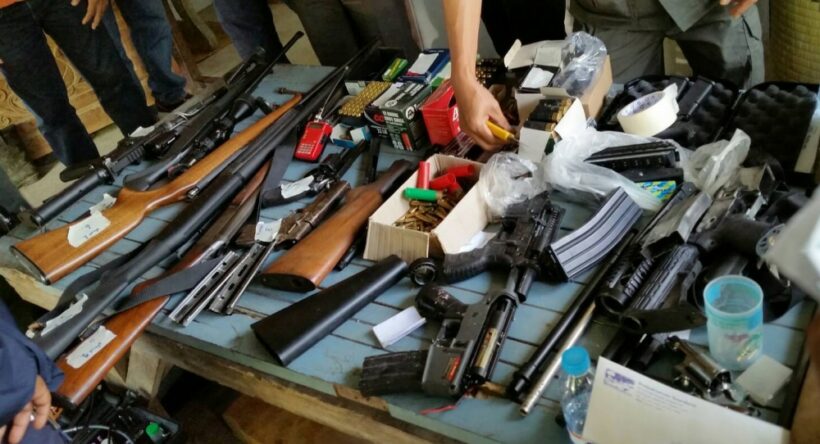 The National Legislative Assembly on Thursday passed the third reading of amendments to the 1947 Weapon, Firearm, Explosive and Firework Act.

The amendments were proposed to keep the legislation abreast of weapons’ technology and the changing conditions in society.

Weapon silencers and electric darts will also come under the legislation.

As well, the amended rules cover fireworks, Bang Fai (locally-made rockets), Talai (rocket-like fireworks with a circular wing) as there have been contests of shooting Bang Fai and Talai that have caused injuries and deaths as well as property damage.

The amendment also specifies that only Thais can register a gun with authorities. Previously, nationality was not an issue and foreigners residing in Thailand could apply.

As well, anyone who creates a bomb scare can be jailed for up to three years and/or fined up to 60,000 Baht.

The NLA passed the amendment with 201 in favour, one against and five abstaining. It will become effective after it is promulgated in the Royal Gazette.