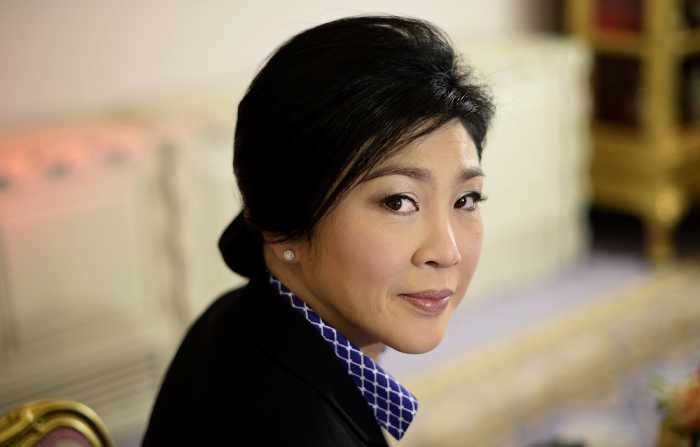 Yingluck faces impeachment proceedings for alleged failure to stop corruption in her government’s rice-pledging scheme, after NLA president Pornpetch Wichitcholchai said the case would be on the agenda for the NLA meeting on November 12.

Surachai said the proceedings would take no more than 25 days after the NLA holds its first meeting on the case on November 12.

He said at the first meeting, the assembly would schedule a date for Yingluck and the National Anti-Corruption Commission to give an opening statement and then deliberations would begin.

Both parties are entitled to submit additional evidence to the assembly if either believes the suit is incomplete.

If Yingluck is impeached, she could face a political ban of five years.

Former Pheu Thai party-list MP Weng Tojirakarn urged the National Council for Peace and Order (NCPO) to stop the NLA from pursuing the impeachment of Yingluck, saying the NACC had not been able to give the attorney-general proof of graft to substantiate the charge against Yingluck.

He said the Office of the Attorney-General had set up a joint panel with the NACC to find more evidence, but NACC has rushed to seek her impeachment.

“The NACC is breaking the law and this makes the public believe that Yingluck is not receiving justice. It is like an endless revenge and could provoke turmoil again,’ he warned.

Former Pheu Thai Party MP Amnuay Khlangpha urged the NLA to give justice to Yingluck, saying the assembly should not rush but make a decision carefully.

He said Yingluck should not be blamed for the losses in the rice-pledging scheme because as PM she had the duty of taking care of farmers just like PM Prayut Chan-o-cha does.

He said owners of rice warehouses must take responsibility for losses or damage incurred to rice stored in their warehouses. He urged the NLA to resolve what had caused losses to the rice-pledging scheme.

“We want to know if the damage was caused by rains or poor storage. Yingluck should not be blamed alone.’

Meanwhile, the NLA yesterday selected five members of the Constitution Drafting Committee to work on the NLA agenda.

They are Distat Hotrakitya, secretary-general of the Office of the Council of State, Kanchanaratt Leevirojana, a member of the Council of State, Taweesak Suthakavatin, chairman of the lecturers’ council of the National Institute of Development Administration, Wutisak Lapcharoensap, rector of Ramkhamhaeng University, and General Yodyuth Boonyatikarn, an economic adviser to the NC P Order.

The selection was made behind closed doors. A total of 182 NLA members were present. Each was allowed to vote for not more than five NLA members.