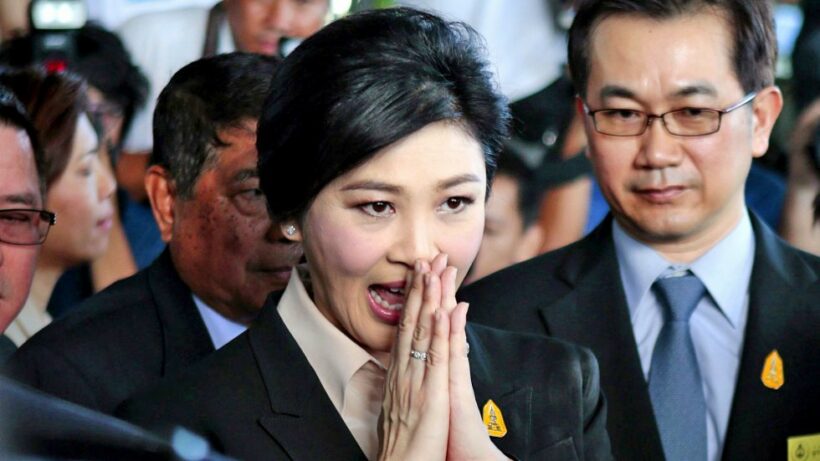 “Yingluck reportedly flew from London on Wednesday, just a day after the media reported the Thai government’s extradition request to the UK government.”

Former PM minister Yingluck Shinawatra’s flight from London to Dubai on Wednesday had nothing to do with the Thai government’s extradition request to the UK. This explanation from a Pheu Thai Party member yesterday.

The flight was part of Yingluck’s travel plans for this year, said the source who requested anonymity.

“It’s normal for Thaksin [Shinawatra] and Yingluck to fly to Dubai. All their itineraries were set long in advance,” said the source, a senior Pheu Thai figure.

Thai authorities formally requested their UK counterparts to extradite her on Tuesday so that she could serve her prison term in Thailand.

The Thai Embassy in London, acting upon instructions from the government in Bangkok, sent a letter dated July 5 to the UK’s Foreign and Commonwealth Office. It cites a 1911 treaty between the United Kingdom and Siam – as Thailand was known at the time – on the extradition of fugitive criminals. Attached to the letter were copies of a verdict by the Supreme Court’s Criminal Division for Political Office Holders in a case against Yingluck, along with her arrest warrant.

The Pheu Thai source yesterday said that the UK was unlikely to extradite Yingluck, as the case against her was political. Even if Yingluck were arrested in the UK, a court battle against the extradition request would take at least two to three years, the source added.

The source also said that after Dubai in the United Arab Emirates, Yingluck was scheduled to fly to Hong Kong and China. Former PM Thaksin planned to travel to Switzerland, the US and Britain, the source added, but did not give further details about the siblings’ itineraries.

“Thaksin has businesses in many countries and he has to travel all the time. Yingluck often joins him for the trips. Thaksin wants to teach her about doing business,” the source said.

Thaksin has purchased a house in England for Yingluck, his youngest sister for “many million pounds” for her to stay while there, according to another Pheu Thai source.

Yingluck fled Thailand in August last year, just a few days before the Supreme Court’s Criminal Division for Political Office Holders was scheduled to deliver a verdict in the case against her. In September, the court sentenced her to five years in jail for malfeasance in connection with her government’s corruption-plagued rice-pledging scheme.

For the past months, photos and video clips of Yingluck at different locations in London were distributed on social media. One video clip showed Yingluck with Thaksin and some Pheu Thai politicians celebrating his birthday in London last week. Thaksin also has been living in self-exile overseas, escaping imprisonment at home after being convicted for abuse of power. He was charged after his government was deposed in a 2006 military coup. 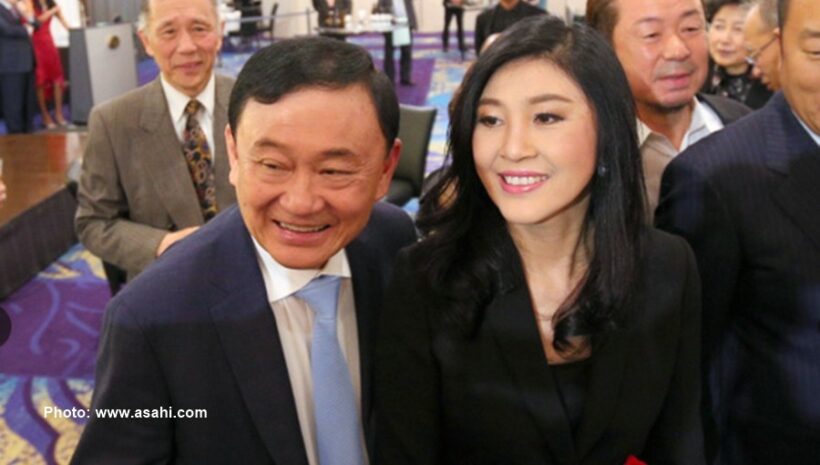