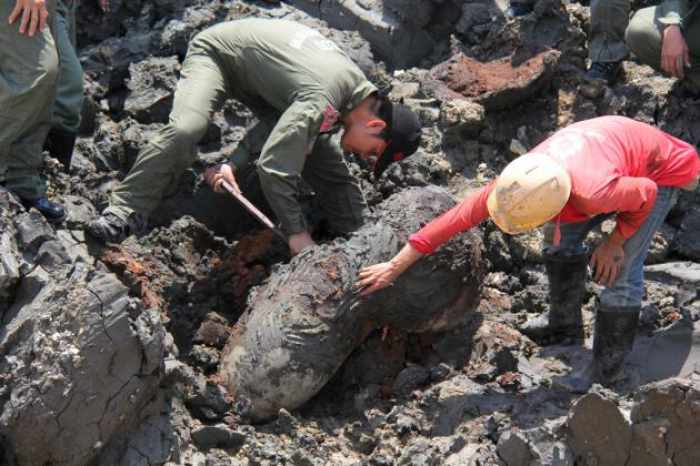 PHUKET: A vintage aerial bomb discovered yesterday at a site near Bang Sue train station marked for construction of a Mass Rapid Transit (MRT) train station was secured by the Air Force.

Air Force bomb disposal personnel said the 200-plus kilogram bomb, was probably dropped during World War II and may have been the same type that exploded in April at a scrap-metal shop in Lat Pla Khao in Bangkok after workers tried to blowtorch it open.

The 12 by 46-inch bomb had been ruptured by a backhoe while it was digging up an area near the MRT project site.