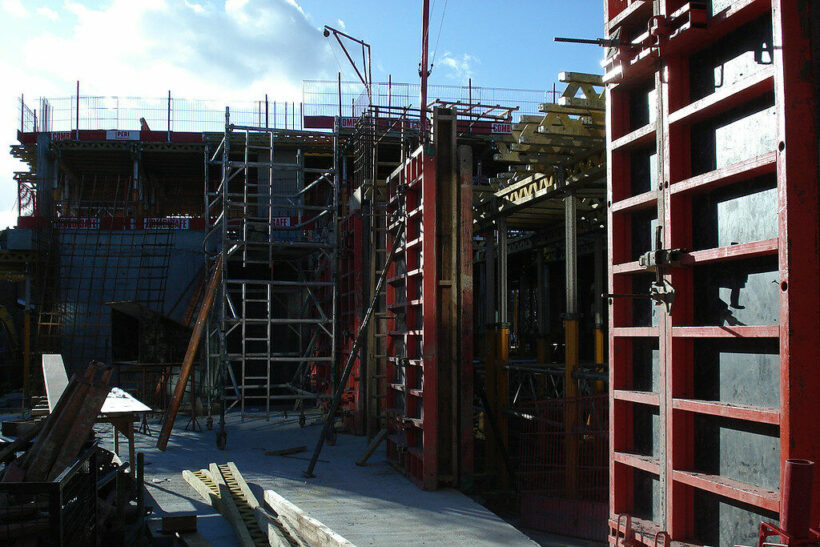 Last night, a worker suffered multiple injuries after falling off an incomplete factory roof. The tumble happened in Bang Lamung, a district in the Chon Buri province, central Thailand.

At 8:30 pm emergency responders were alerted to the man’s fall at the construction site.

The emergency responders and local media got to the site to find the injured worked, 31 year old Taweesak Raweaekchom on the ground. Reportedly, he was in intense pain. He had suffered injuries to his back and neck. Taweesak was dashed to a local hospital to administer to his injuries.

Coworkers and friends of Taweesak were at the site. They watched the proceedings transpire. The group told local media that they had already finished working and were about to go home when Taweesak said he forgot something. He said he had to go back to the work site.

Taweesak returned to the site with some coworkers to look for his forgotten items. His coworkers say they were expensive tools that Taweesak feared could get lost or stolen. He went to the roof of the construction site to search and then fell approximately 5 metres to the ground.

His coworkers then called for help. They speculate his feet lost purchase on a metal beam.

As of this morning, Taweesak is still in the hospital. His condition is serious but stable.