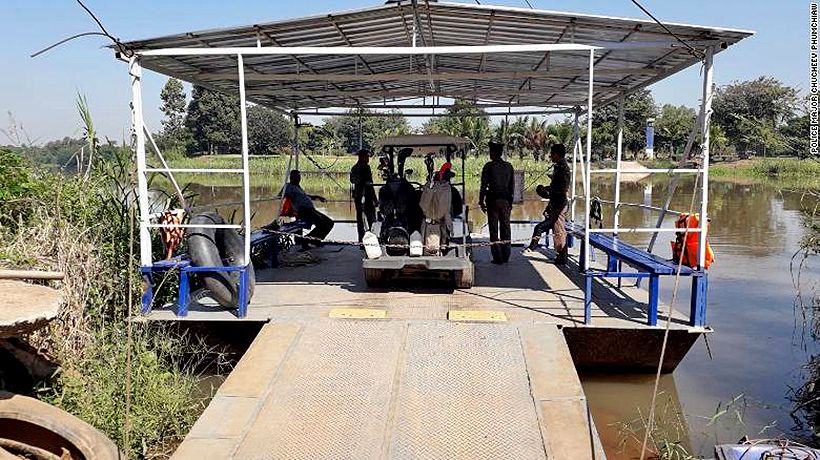 by Rob Picheta and Kocha Olarn

Two men died after one of their golf carts rammed the other into a river on a course in northern Thailand.

CNN reports that the men, who were visiting from South Korea, were golfing with their wives Tuesday in northern Thailand’s Phitsanulok province. While mounting a raft in order to cross the river that runs through the course, a cart carrying one of the couples crashed into the other, propelling the first cart into the river, police said.

A local fisherman rescued the woman who ended up in the water, but the bodies of the 68 and 76 year old men were found in the Nan River, downstream from where the incident occurred.

Read the rest of the CNN report HERE.