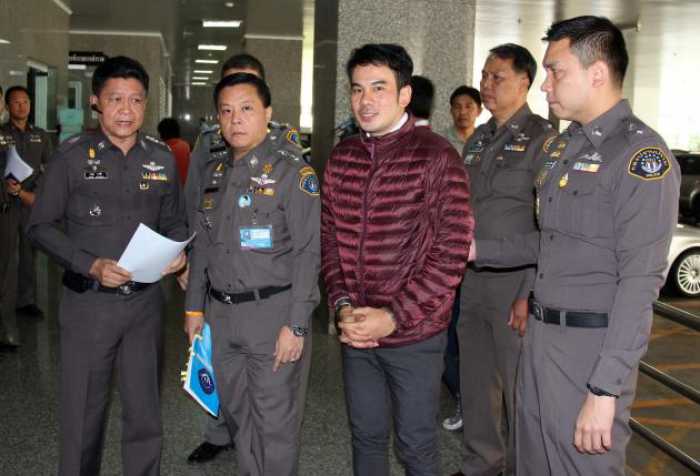 PHUKET: Following the arrest yesterday of two suspects for allegedly embezzling some 1.6 billion baht from King Mongkut’s Institute of Technology Lat Krabang (KMITL), the institute said a committee had been working over the past week with a view to establishing the facts, gathering more evidence against the alleged wrongdoers and retrieving the lost money.

Police believe many people were involved in the scam, while KMITL’s acting rector said he was not sure if any previous administrative executives were implicated. While acknowledging that the lost money had been held in reserve, hence its disappearance could affect future useful projects, Monai Krairiksh insisted the loss had not affected KMITL projects, or teaching and learning.

He said that the institute would cooperate with the police investigation, and that its committee had already gathered evidence and was ready to hand it over to the police upon request.

Only Songklod, arrested in the On Nuj area, was presented at yesterday’s press conference because Ampon, whose salary is being withheld by KMITL pending the outcome of the investigation, was receiving medical treatment for diabetes at a Bang Na private hospital, he said.

“Police will extend these arrests to apprehend more accomplices, as the money was transferred to a third person’s bank account,” he said, adding that the matter was also being referred to the AMLO.

Gen Prawuth said yesterday’s arrests had stemmed from KMITL’s investigation on December 12 into the missing money and alleged document forgery, which led to a police complaint being filed on December 16 against Ampon and Songklod.

Suspicion first arose in October after Ampon reportedly withdrew 80mn baht from KMITL’s bank accounts in order to deposit the money into another account at the Bank of Ayudhya’s Big C Srinakarin branch, where Songklod then served as manager, for a higher interest rate, the spokesman explained.

The institute became suspicious of the strange cashier’s-cheque issuance and launched an investigation, during which it discovered that the recipient account belonged to another person, identified as Poonsak Boonsawat.

But by that time, the account was closed and the 80mn baht was gone.

The institute then checked other three accounts back until 2012 and found they were false accounts, which had been emptied of 510mn baht, 314mn baht and 759mn baht, respectively. So, the total loss stood at 1.663bn baht, including the 80mn baht withdrawn in October, the spokesman said.

Songklod reportedly admitted knowing Ampon for a decade as a customer, but denies any wrongdoing.

He claims that all transactions seemed to have proper documentation, and that Ampon’s senior official status at a well-known institute made him trust her and believe that nothing corrupt was going on, Prawuth said.

Songklod said he had left his job at the bank job two months ago after failing to pass his probation as manager, the spokesman added.