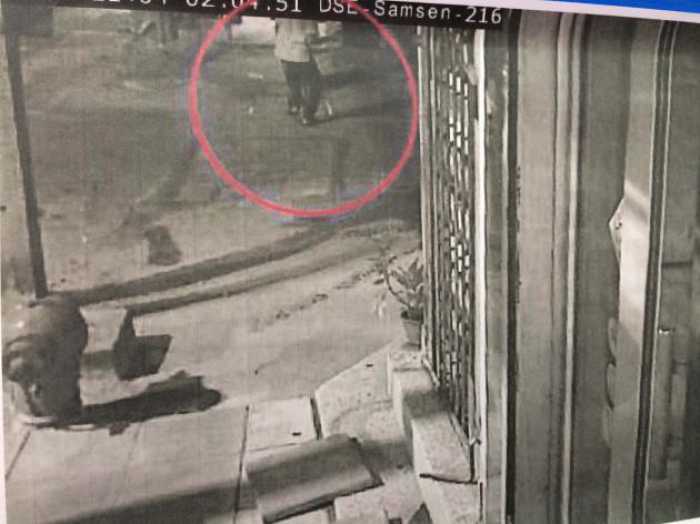 PHUKET: Police announced yesterday that they had arrested two men for allegedly attacking and attempting to rape a French female tourist in Soi Samsen 3 in Bangkok’s Phra Nakhon district early on Monday.

After the woman fought back, the suspects made off with her valuables, police say.

Police also presented as evidence the 32-year-old victim’s passport, her iPhone 5 mobile phone, cash in different currencies, including 255 euros, US$30, 4,000 kip and 560 baht, and her credit card.

Mr Surasak reportedly hit the woman, who was walking alone at 2.30am on Monday, on the back of her head with a brick and tried to drag her into an alley to rape her.

As the woman resisted, the attacker allegedly grabbed her bag and caught up with Mr Cheun, who police say was serving as a lookout, to flee in a taxi.

Fortunately, a group of people saw what happened, alerted police and rushed the victim to hospital.

Mr Surasak reportedly confessed that he and his friend had gone to Khao San Road, where they found themselves without enough cash to go back home to Pathum Thani, so they decided to rob somebody.

Spotting the victim walking alone, he decided to hit her in the back of her head with a brick and then wanted to drag her into an ally to rape her, he said. He recounted that the victim began kicking him and witnesses began shouting, so he chose to flee with his friend Mr Cheun.

The suspects, who are both construction workers, initially face charges of robbery resulting in injury.

The victim’s 24-year-old British boyfriend said she was in hospital recovering from the head injury. He said they had travelled to many countries, including Thailand, and had never encountered anything like this before.

He said the woman had gone out to look for something to eat, adding that he was disappointed that she was attacked so close to a police station.

His Majesty treated for diverticulitis