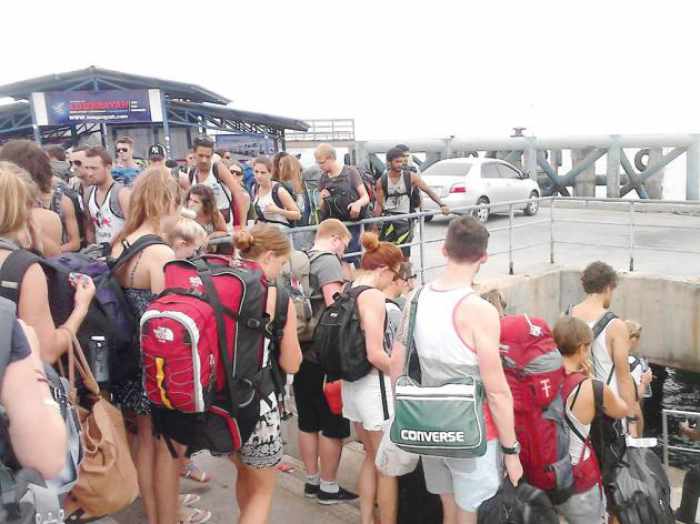 PHUKET: Key tourism bodies have called on the military junta to lift martial law in a further effort to lure foreign tourists back to the Kingdom.

“The military has lifted the curfew to restore the travel environment, but this will be good mainly for domestic travel, not for the entire sector. [Foreign] tourists would like to see martial law lifted before they come,” said Sisdivachr Cheewarattanaporn, president of the Association of Thai Travel Agents, which specialises in inbound tourism.

The junta last week lifted the curfew nationwide after enforcing it for three weeks, but kept martial law in place, citing national-security concerns.

The ruling National Council for Peace and Order has also vowed to shore up domestic tourism with a grant of Bt845 million over the next three to four months.

Tourism associations earlier delivered tourism recovery plans to the military, included lifting martial law. “We needed help, and lifting martial law is the only thing left. If this were done, it would ensure tourists’ confidence and encourage them to return to Thailand,” Sisdivachr said.

In this tough environment, tour-operator members see that the flow of air travel even within the country will be slow.

According to Thai Hotels Association statistics, hotel operators in Bangkok have suffered from the lower numbers of inbound tourists and businesspeople. Many hotels are running occupancy rates as low as 30-40 per cent compared with 70 per cent at the same time last year. “The THA sees very good signs for the tourism sector after the cancellation of the curfew. The political developments should help draw tourists back to the country,” said THA president Surapong Techaruvichit.

However, inbound tourism will not bounce back to the normal level soon, as many tourists still fear for their security. Moreover, Thailand is currently in the low season.

To give the right information that business and travel are running as usual even in Bangkok, Marc Begassat, general manager of Pullman Bangkok King Power Hotel, advised the military to disclose a “national vision” to foreigners and also tell them all about the recovery measures for the travel sector.

Total tourism revenue had earlier been expected to climb to Bt2.2 trillion this year, most of it generated by international tourists.

The Tourism Authority of Thailand planned to run a three-month recovery programme by organising familiarisation trips, street festivals in Bangkok, and a concert featuring a foreign superstar.

Junta makes assurances to stop the exodus of migrant workers