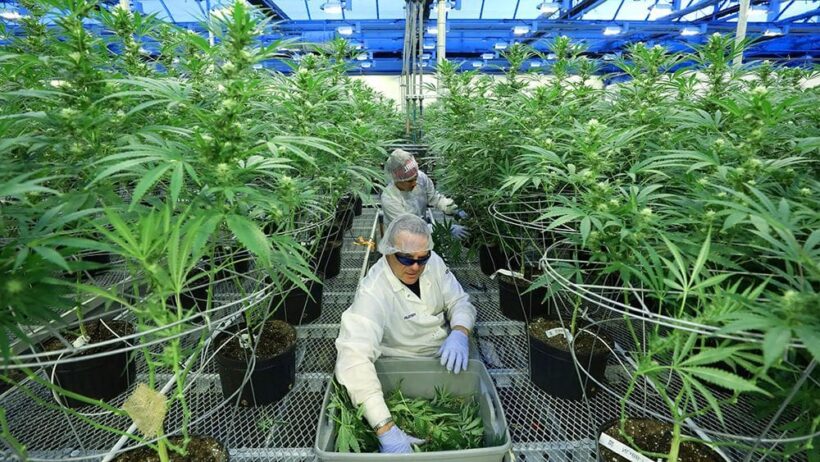 Whatever you want to call it, it can now be grown legally in Thailand and used in medical and scientific applications with the consent of the authorities, under strict guidelines.

The Narcotics Act 2562, which seeks to amend specific provisions of the Narcotics Act of 1979 to enable the use of marijuana for the treatment of patients, study, research and development, has now been published in the Royal Gazette.

The revised also allows for cultivation in agricultural, commercial and industrial uses for medical benefits as well.

However, the legal use of marijuana will be placed under the control of a committee headed by the permanent secretary of agriculture and comprises heads of several departments such as the Health Support Services Department, the Industrial Works Department, the Mental Health Department and the Medical Council.

The law also allows for the legal use of “kanchong”, or hemp, with consent from the committee.

Import and export of marijuana in quantities, appropriate for medical treatment of certain ailments, is now permissible under the law, but there must be a prescription or a certificate from a certified medical practitioner.

However, the import or export of marijuana in excess of 10 kilograms remains prohibited as this will be considered trafficking in narcotics.

This is the first time in Thailand that marijuana can be used legally for medical or scientific purposes despite the fact that the studies indicate the plant may possess medicinal qualities of value to some patients.

The controlled use of marijuana for medical and scientific purposes is considered an initial step which will eventually lead to wider use for other purposes.

“Self-myofascial release” – what is foam rolling?