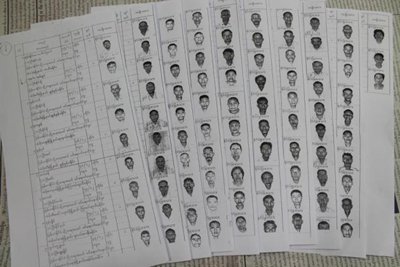 PHUKET: The trial of eight Thais, arrested in Myanmar on charges of possessing war weapons, was scheduled to end today, but it could take two weeks before the court delivers its verdict, Thai Foreign Ministry deputy spokesperson Sek Wannamethee said.
The spokesman added that two other Thais who have been charged with drug offenses would appear before another court for witness hearings.

The maximum penalties for possessing military weapons and drug offenses are 20 years and 30 years in jail respectively.

The eight are among 92 Thais, including ten women arrested by the Myanmar authorities at Koh Song or Victoria Point opposite Thailand’s Ranong province on July 4. They were initially alleged to have encroached into Myanmar territory and having grown crops including marijuana there without a permit. The charges of illegal possession of weaponry and drugs were later added in certain cases.

The suspects maintained they were misled by a broker into clearing land for a rubber plantation and only later learned the land was beyond the zone authorized by Myanmar officials for Thais to use.

In a courtesy call on Myanmar President Thein Sein yesterday, Thai Defence Minister Air Chief Marshal Sukumpol Suwanatat discussed the plight of the 92 Thai detainees and requested that they be released and returned to Thailand.

The Myanmar leader promised to look into the matter, the Foreign Ministry spokesperson said.