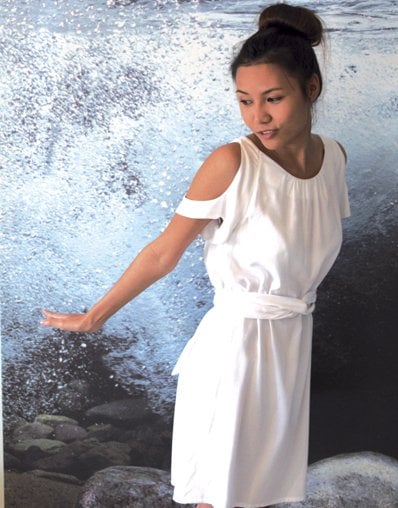 PHUKET: Trends in fashion can be bewildering from one generation to another, but they help us to recognize significant periods and events in time. This is true for Europe and other Western cultures, but it doesn’t seem to work like that for people living here in Asia.

Spotting what will become a trend is something designers can do with ease. Following and observing people within their own diverse sub-cultures, helps designers pick out what they think will be the next hottest thing.

However, finding a new trend can be difficult for a designer or retailer in Phuket. With so many diverse subcultures visiting the island it is hard to pinpoint just what will be ‘the thing’ to have for the season.

Once a new trend is identified, designers then place these hot new items on the catwalk, those ideas are used to cause controversy or outrage, and from this media hype mainstream retailers create a simplified version. Soon enough, a trend hits stores and we begin wearing it.

One example, is the flesh colored body suit with three strategically placed fig leaves shown by Westwood. From this came the watered down version on the high street, a simple leggings. In the world of fashion we call this the “trickle down effect”.

This phenomena has been going on for years, and with so many garments and ideas trickling down through the ages, it sometimes seems that we are drowning in a sea of choices each time we look into our closets. It’s just a matter of time before we give up, make do and just throw something on.

So how should we break away and rediscover the comfort of our clothes, clothes that are suited to the tropics? Simple, look to the past. Turn off our brains from brand labels and their recent surge of advertising and go back to what really matters, YOU, the consumer.

There are two names in fashion who can really help you to dress smart, causal and comfortable.

These forgotten designers helped set trends that seem to be the norm today, but they caused outrage in their time. These women were pioneers, not just in the cut of the clothing, but also in their choice of fabrics. Madeleine Vionnet gave us the bias cut. Her clothes were cut to allow freedom of movement and the bias cut allows air to move around the body. At a time when the Charleston was all the rage, movement and keeping cool were still important.

The other forgotten designers is Claire McCardell. It is from her that we get sportswear, swimwear and any item that could be associated with ease of travel. These two women still influence designers today. The fabrics they were using were new too. Fine silk and silk jersey created by machine, as well as the new innovation of the time, rayon.

Before you snub rayon, take a moment to remember that this fabric is created from plant cellulose, its lighter and cooler than cotton and a large majority of rayon is produced in Thailand. We are soon to see a lot more rayon in stores. With the rising cost of cotton, the trend in manufacturing is to start to blend cotton and rayon.

Phuket seems to be devoid of trends, but maybe its time for that to change. With a quick web search you can find pictorial examples of Vionnet and McCardell as a guide, and I see all over the island simple pastiches of their designs at very reasonable prices. Maybe simple, elegant comfort should be the trend for Phuket.

Templeton is an Honors graduate from the University of Arts London where he studied journalism. With many global awards for his technical abilities in garment construction, he now operates an atelier in Rawai.