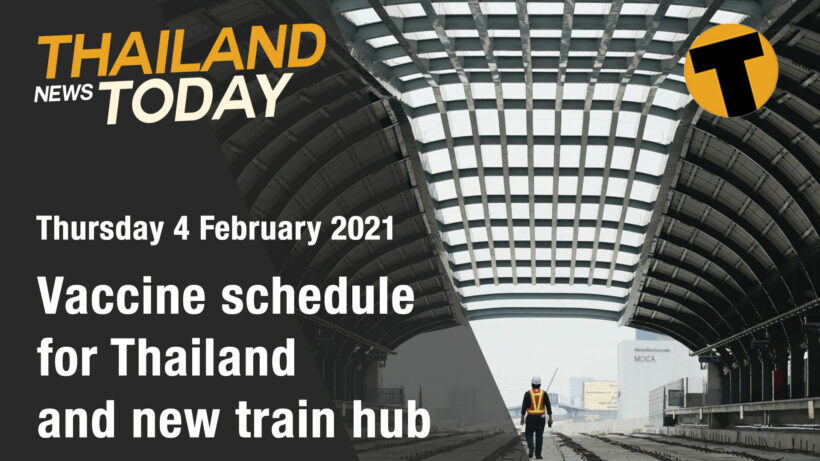 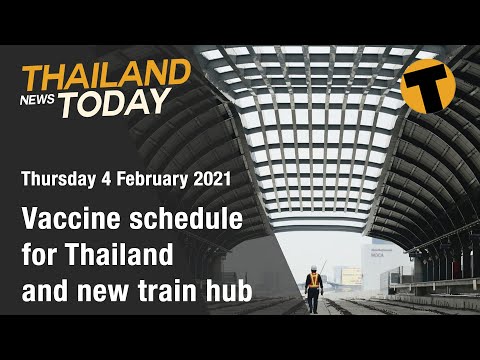 While there’s no exact date on the arrival of Covid-19 vaccines, Thailand’s Public Health Ministry is assuring the public that the first order of the AstraZeneca vaccine will arrive this month, despite the E’s restrictions on Covid-19 vaccine exports at the moment.

The National Vaccine Institute is working on getting the first shipment by the end pf February, according to the ministry’s permanent secretary.

Thailand ordered doses of the AstraZeneca vaccine, developed in partnership with Oxford University, and China’s Sinovac Biotech vaccine, which is also expected to arrive this month. The AstraZeneca vaccine has been approved for emergency use in Thailand and the first 50,000 doses, which would be shipped from Italy, are still expected to arrive this month despite the new restrictions requiring all vaccine exports to be authorised by the EU.

In Thailand’s first phase of immunisations, the AstraZeneca vaccine will be administered to frontline healthcare workers and vulnerable groups in areas considered to be at the highest risk of Covid-19.

Indonesia approved the Chinese-made vaccine, and administered the first injection in the country to President Joko Widodo last month.

Meanwhile… 809 new Covid-19 infections were reported today in the Centre for Covid-19 Situation Administration’s daily briefing. Thailand now has 7,181 active coronavirus cases under supervision by health officials. Since the start of the pandemic last year, the CCSA has reported at total of 22,058 cases and 79 coronavirus-related deaths.

The overall coronavirus situation in Thailand is improving. The CCSA report that most new cases are typically clustered in certain locations, like Samut Sakhon.

751 cases were detected in pro-active case detection, mostly in Samut Sakhon. Many infections clusters in the coastal province were detected at factories and among migrant worker dormitories. 9 of those factories have now been locked down completely until the end of February as the government aims to contain the situation around the coastal seafood markets.

And in some good news, the government reports that 46 Thai provinces have had no new case of Covid-19 for a week now. Another 14 provinces haven’t recorded any infections at all in the latest outbreak. However, both the central province of Maha Sarakham, and the northern province of Tak, have recorded a small rise in cases.

Phuket is going it alone and aiming at a herd immunity as the only lifeline for its devastated tourism industry. Business groups have announced a plan to finance the vaccination of 70% of the island’s population, in the hope of being able to open to foreign tourists from October this year.

The groups involved, which include the Phuket Tourism Association and the Phuket Chamber of Commerce, say they cannot afford to wait for the government’s national vaccine rollout, although their plan will still require government approval.

Business groups say they plan to pool resources to fund the vaccination of 70% of over 18s in the hope this will give the local population herd immunity and enable the island to re-open to international tourism by October.

As part of the plan, called “Phuket First October”, the current mandatory 14-day quarantine would be waived for vaccinated arrivals.

A Foodpanda driver has gone above and beyond the call of duty to deliver a meal to a customer. After picking up the order and driving from the restaurant, the driver took a small motorboat out to a customer who was out fishing on Chachoengsao’s Bang Pakong River.

Still wearing his hot pink motorbike helmet, the driver boated across the river and then paddled to the customers who were fishing. One person posted photos on Facebook with the caption “Food Panda has launched a water delivery service.”

When arriving at the pinned location, the driver called the customer, who said that he was out working on the river. The driver then took a motorboat that was docked along the river to reach the customer. There wasn’t a Grab Boat service available at the time.

The new Bang Sue Grand Station is now just months away from completion and will transform rail travel in Thailand. We have an early glimpse for you…

Tipped to open to the public in July, before commercial trains will operate by November, the station will be the largest and most modern in ASEAN once it is fully operational. The new railway hub will replace the 109 year old Hua Lamphong Station situated in downtown Bangkok.

Apart from being the hub for local trains, Bang Sue Grand Station will also become the home for Thailand’s new high speed rail links, from Bangkok to Nong Khai and Bangkok to Chiang Mai.

The new station will consist of  26 platforms and will be able to accommodate Thailand’s existing diesel rolling stock and the new electric trains for which the new dual track railways are currently being constructed throughout Thailand.

The station, which is spread over three floors and has a mezzanine area and retail space will also have an elevated walkway to the new Mo Chit Bus Terminal. It also links to the Mo Chit BTS and the MRT network situated near Chatuchak Market, north of the main city centre.