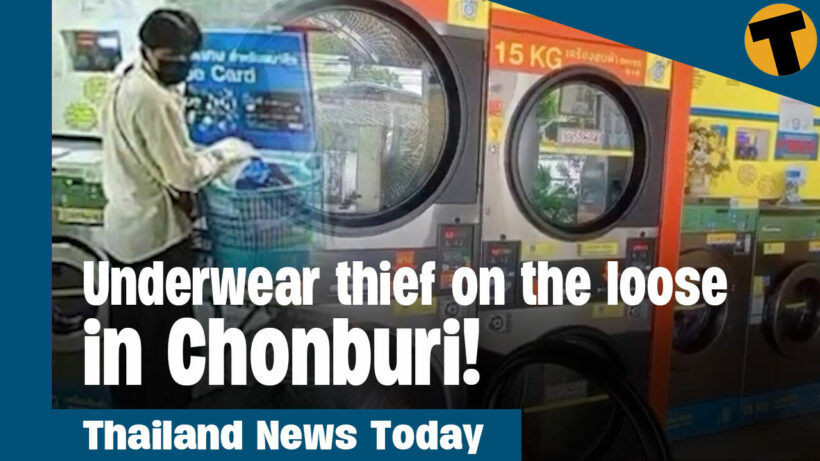 Security at Suvarnabhumi Airport is under review after an axe-wielding man, high on drugs, managed to access a highly-restricted area on Tuesday.

The airport’s general manager, Kittipong Kittikachorn, says the man managed to reach the aircraft airport, but the authorities followed the guidelines of the International Civil Aviation Organisation in apprehending him.

According to a Bangkok Post report, the man, who is now in custody, was allegedly high on drugs when he managed to gain access to the aircraft apron by riding a motorbike through a gate used by airport workers. Kittipong says the airport security centre was alerted to the breach and the man’s movements were monitored via CCTV.

The report states that at one point, the man was seen running erratically by an aircraft parking bay while wielding an axe. He pointed what seemed to be a handgun at guards, warning them not to approach as he made his way to the aircraft apron.

The man was eventually detained by security guards as he tried to enter a terminal building. He has been named as 34-year-old Vachara Khambut, from the north-eastern province of Loei, and was carrying a pair of scissors, a replica handgun, and an axe when detained.

Forbes magazine has featured Thailand’s central province of Ayutthaya in their list of 50 best places to travel to post-pandemic.

Forbes selected the province for its historical and cultural significance as well as its expansive scenery. Thailand’s Prime Minister Prayut Chan-o-cha says he is thankful for Thailand’s spot on the list and expects the feature will attract tourists to Ayutthaya very soon.

Yesterday, PM Prayut’s spokesperson Thanakorn Wangboonkongchana proudly revealed that Ayutthaya had been selected as one of the best places to visit in the world post-Covid-19. Only eight places in Asia were featured on the list.

Forbes said that visiting Ayutthaya from Bangkok is easy – taking around 90 minutes – making it perfect for a day trip while travelling around the kingdom. Forbes suggested staying the night in the province if you get the chance, to make the most of Ayutthaya’s peaceful and beautiful temples and scenery.

People should visit Ayutthaya to learn about the historical and cultural significance of the location. Here’s an excerpt from Forbes…

“One thing’s for sure: no one in the West learns about Ayutthaya in history class, despite the fact that it was THE largest city in the world in 1700. Most of today’s visitors go to see earlier history, though. The ruins at Ayutthaya Historical Park date back to 1350. The park is expansive and from a different period and culture than the renowned Angkor Wat, so don’t write it off before you go.”

The other Asian locations featured on the list are Harbin City in China, Bhutan, Assam State in India, Lombok Island in Indonesia, Taipei City in Taiwan, Uzbekistan, and Doha city in Qatar.

After an 8-year-old Thai-Ukrainian boy was injured in a suspected shark attack on Tuesday, Phuket’s Kamala Beach was cleared of swimmers for lifeguards, police, and officials to patrol.

It’s still not confirmed whether the animal that bit the boy was a shark, or something else. locals and sellers who witnessed the accident believed that it could have been a sea pike fish or a species of barracuda. Tourists have reportedly been attacked by these types of fish in the past. In 2017, Phuket’s governor said it was a barracuda that attacked a Japanese man, forcing him to get 50 stitches.

But after Tuesday’s attack, the island province’s leading marine biologist Dr. Kongkiat insists it was a shark that bit the young boy. He added, however, that it is not confirmed which shark species it was.

“He said it’s very unlikely to have been a blacktip shark due to the nature of the attack being very violent. The injuries are believed to be caused by a bull shark.”

Dr. Kongkiat believes the Japanese man attacked in 2017 was also attacked by a shark, even though Phuket’s governor at the time said it was a barracuda. One of Kamala Beach’s lifeguards said that if news goes out that the recent attack was a shark attack, there will “for sure” be an impact on tourism in the area.
Kamala Beach is located on Phuket’s west coast.

At a cold-meats company in Bangkok’s Sukhumvit neighbourhood, a Frenchman and a Thai woman have been found dead. The shots all appeared to have been fired from the same 9mm gun, while another Frenchman was wounded in the incident.

The body of a dead Frenchman, 66-year-old Marc Lohberger, was discovered in the kitchen on the ground floor of the 3 storey property. He was the owner of the business and had a gunshot wound on his chest. On the same floor, a dead Thai woman, 43-year-old Wiranya Meeyai, was discovered in a freezer storage room with a gunshot on her back.

A 60-year-old French national, David Bouton, one of the partners of the company, was lying on the ground floor injured. He was shot in the left rib. He was rushed to Samitivej Hospital and was in satisfactory condition.

Around 4 to 5 employees headed off to lunch across the street before the incident at noon. A French man was walking with a Thai woman. The staff asked who they were looking for. He said that he had come to see ‘David’. Employees assumed he was a customer and introduced them to him. Four gunshots were heard in the company building a few minutes later whilst the other employees were on their break. Staff rushed over to see David step out of the kitchen, gun in hand, before dropping the weapon.

The assistant chef who was at the back of the kitchen heard 2 people arguing in French before the shooting happened.

After a Chinese national stole over 50 pairs of underwear from women in Chon Buri last month, a new underwear thief in the province has risen to take the challenge!

Footage from a surveillance camera caught a man stealing women’s underwear and clothes from a laundromat in Sri Racha district on Tuesday.
The owner of the laundromat told The Pattaya News that she noticed a customer’s clothes were missing, so she checked her surveillance camera. The camera showed a man wearing a white long-sleeved shirt and long black trousers rummaging through laundry baskets.

The owner, a 72-year-old woman, said that her female customers are now “terrified”, and she reportedly begged police to arrest the suspect as soon as possible. The laundromat is located in the city of Laem Chabang.

In last month’s underwear theft incident, a Chinese national admitted to stealing women’s underwear across Chon Buri. He was caught red-handed on CCTV while allegedly stealing underwear from a woman’s house. The owner of the house he stole from said it was the third time she had heard of underwear stolen in that area of the Sanesuk district.

After the police identified the man, 50-year-old Lin Huagua, they found over 50 pairs of underwear in his room. Lin worked as a mechanical parts manufacturer for a Chinese-owned company in the Mueang Chon Buri district. He lived on the company’s property along with other foreign workers.

Rookiescot
This is whats wrong with modern society. If you cant ride a motorbike half naked around an airfield while wielding an axe where is the fun in life to be had any more? This cancel culture needs to stop.