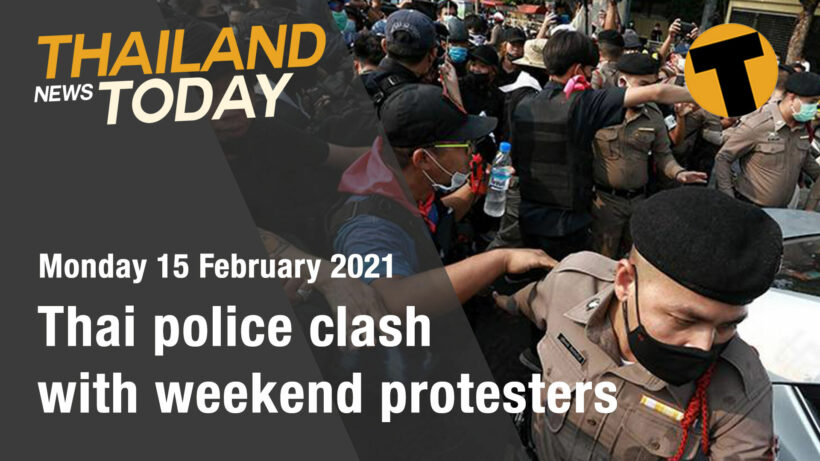 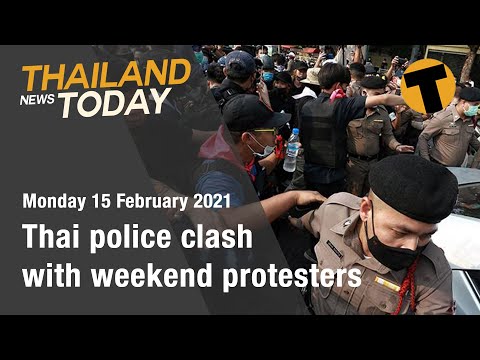 The hashtag #policebeatingmedic continues to trend on local Twitter media as the Metropolitan Police Bureau commissioner defends his officer’s actions.

Thais are universally condemning the heavy-handed police action at the protest on Saturday after officers, dressed in riot gear, beat a medical volunteer outside the Supreme Court near Sanam Luang. The man has been confirmed as a nurse/medical volunteer in a number of media.

Photos and video has circulated showing the man on the ground surrounded by police.

The videos also capture many of the other scuffles that took place.

The Rural Doctor Society, a group of Thai doctors, us roundly condemning the alleged violence releasing a statement demanding legal action against the officers involved. They say the incident is a serious violation of human rights.

But the Metropolitan Police Bureau are defending the officers saying the man was in the area during a clash with protesters and officers had warned people to end the rally.

The protest, a continuation of last year’s rallies, was calling on an end to Thailand’s draconian lèse majesté law, which carry a prison sentence for up to 15 years for anything deemed insulting to the Thai Monarchy.

Protesters also demanded the release of 4 prominent protest leaders who remain in court detention on lèse majesté charges for statements made at last year’s political rallies.

The rally started at the Democracy Monument when protesters then marched to the City Pillar Shrine. Protesters threw paint and miscellaneous objects at police and many small bangs, thought to be fire crackers or tear gar cannisters, were heard going off during the tense standoff and scuffle that followed.

Police, dressed in full riot gear, blocked the Supreme Court entrance, but allowed 4 protest leaders to enter the shrine and seek blessings for the rally. At that point, there was a outbreak of violence between some of the protesters and police.

Police claim that more than 20 officers were injured in the clashes and around 8 people have been detained for questioning.

Tear gas cans were found around the scene, but the city police chief maintains that officers did not use tear gas. If it wasn’t tear gas, there was something else going off causing a lot of smoke.

The student movement that emerged last year in July smashed long-held taboos by openly criticising both the Thai King Maha Vajiralongkorn, and the institution itself. Protesters claim that the Palace has amassed too much power since HM The King ascended the throne after the death of his father in 2016.

The Palace continues to decline direct comment about the protests, but the Thai PM Prayut Chan-o-cha says that criticism of the Thai monarch is unlawful and inappropriate.

Now to some other news…
A Thai national, who is in quarantine after returning from Tanzania, has been found to be infected with the South Africa strain of Covid-19, a variant of the virus known to be more contagious and currently believed to be resistant to some of the vaccines. The Department of Disease Control says health officials are closely monitoring the situation and a rapid screening process will be applied to those arriving from areas at high risk of the South Africa variant.

The 41 year old Thai gem trader had travelled to Tanzania for business. He then travelled to Ethiopia and returned to Thailand on January 29. He tested positive for Covid-19 while undergoing the mandatory 14 day quarantine for those arriving back in Thailand. The new Covid 19 variant is more infectious, but apparently less severe than earlier strains.

A preliminary report shows that AstraZeneca’s Covid-19 vaccine only provides limited protection against the new South African strain of the virus. Following the report, the South African government halted the rollout of the AstraZeneca vaccine.

Police are searching for a suspect who Thais are describing as the “ninja thief” after a series of robberies in a neighbourhood in Nonthaburi, just outside Bangkok, where a robber entered the homes through top floor windows. Residents have put up posters in the neighbourhood with an image of a ninja, warning others about the robberies.

So far, 10 robberies have been reported in the area. The incidents appear to be related. Residents say the “ninja thief” enters homes through the top floor windows and steals small, but valuable items like jewelry and watches. In the latest home invasion, the homeowners say there was no valuable jewelry to steal, so the intruder left a little something in their toilet to remember him by.

Ancient artefacts, smuggled out of Thailand decades ago and ending up on display at a museum in the US, will be shipped back to Thailand. The 2 hand carved lintels, both weighing more than 680 kilograms, were stolen from temples in Buri Ram and Sa Kaeo, according to a complaint filed with the Attorney’s Office of the Northern District of California San Francisco Division.

A lintel is the support beam that sits over a door or window.

An investigation was launched by the US Department of Homeland Security back in 2016 after the Consul General of the Royal Thai Consulate in Los Angeles visited San Francisco’s Asian Art Museum and saw the ancient Thai lintels on display. The investigation has now come to a close and the US government will ship the lintels back to Thailand. The ancient lintels have also been removed from the museum’s list.

The lintels are believed to have been stolen and then sold to European merchants in the late 1960s. One was given to the museum in 1966 and the museum bought the other lintel in 1968.

More than 600,000 migrants registered with Labour Ministry over the past month