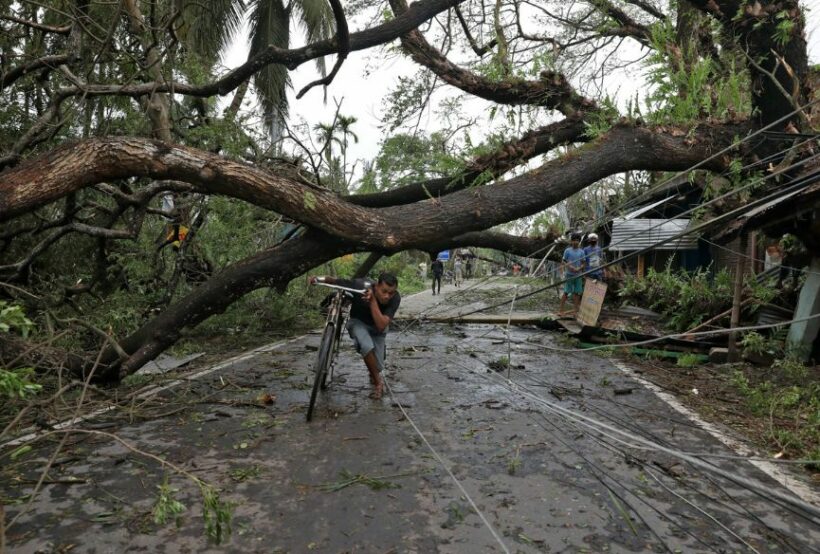 Don’t like the accommodation the government have provided for you for your mandatory 14 day quarantine, sick of the boring Thai menu they’re serving you for three meals a day, don’t like the colour of the curtains? Fear not. Now you upgrade your quarantine accommodation.

But you’re going to have to pay for it. The CCSA says state officials are now providing the alternative quarantine arrangements for people “who need more options.” That’s code for “not wanting to slum it with the rest of us” and want something more 5 star than 2 star.

But now there is a third, more posh option available for those willing to pay more for a bit of luxury. The government is calling it “alternate state quarantine” and is collaborating with hotel operators and high-end hospitals to provide the privilege.

The alternative is available for returning diplomats or Thai business people who are wanting to do their 14 day quarantine in style.

The proposed Maintenance, Repair and Overhaul project at the U-Tapao-Pattaya Airport in Rayong province, is going to go ahead, despite set backs last month.

The poster child for the Prayut government and their Eastern Economic Corridor project, the airline maintenance facility has been hammered firstly by Airbus Industries pulling out and then the main customer, Thai Airways, heading to Bankruptcy court after a decade of losses.

The project is forecast to generate 15,600 jobs annually for the first 5 years and total revenues estimated at 1.3 trillion baht throughout the 50 year term of the contract.

Government prepares for safe reopening of schools on July 1

Officials from Thailand’s Ministry of Public Health are working closely with the Education Ministry to facilitate the safe reopening of schools on July 1.

There has been recent debate if the schools system would be ready by that date. The rollout of online learning has only been since Monday this week, with early bugs being ironed out and teachers, and students, getting used to the new online classrooms.

The director-general of the Health Department says schools carry a higher risk of infection due to the fact that children spend most of the day together. While infected children will usually display only minor symptoms, or may even be asymptomatic, they can transmit the virus to others.

So mums, dads and carers, put a circle around July 1.

A survey carried out by the Thai Health Promotion Foundation shows that some users of public transport in the capital are not confident new health guidelines are being adhered to.

The respondents said that the most common problem that they faced was inadequate vehicles during rush hours causing people to cram into the available buses.

Users also question the cleanliness of some vehicles and voiced concern about a lack of hand sanitiser available. A lot of the same complaints were levelled at Bangkok’s canal boat service, both on the boats or while waiting at piers.

Thailand’s flamboyant public health minister and deputy PM Anutin Charnvirakul says the government is planning to announce the third phase of easing Emergency Decree restrictions if the number of new Covid-19 cases doesn’t rise within the next 2 weeks.

Anutin says he believes once businesses reopen, people will adapt to the “new normal” such as maintaining social distancing, wearing face masks and using hand sanitiser.

Clean up starts in the wake of Cyclone Amphon, death toll 84

Today the clean up starts in the aftermath of Cyclone Amphan after it reached the coastline Wednesday evening and started heading inland.

In parts of Bangladesh and West Bengal (eastern India boarding Bangladesh), at least 84 people have died and has affected some 10 million Indian and Bangladeshi people, leaving countless home less.

With winds of approximately 170 kilometre per hour, most of the deceased were killed by falling trees, electrocuted by downed power poles or trapped within collapsed buildings, leaving a trail of destruction and grief.