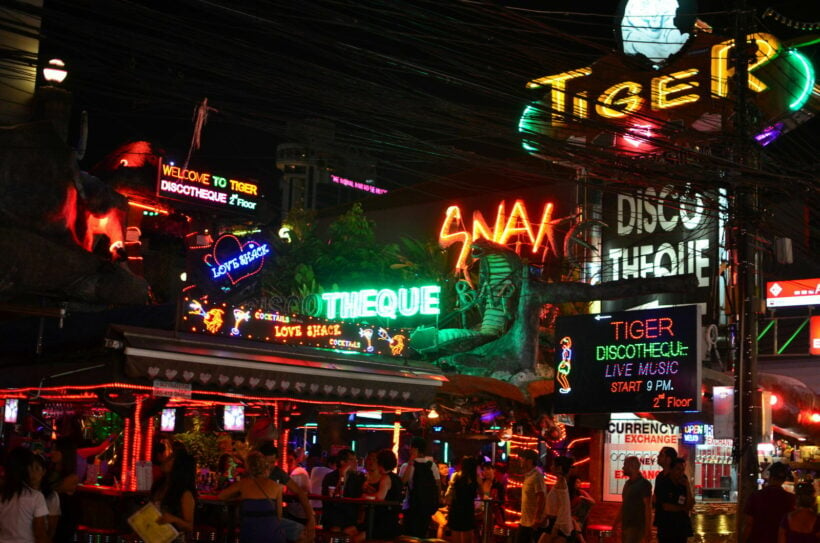 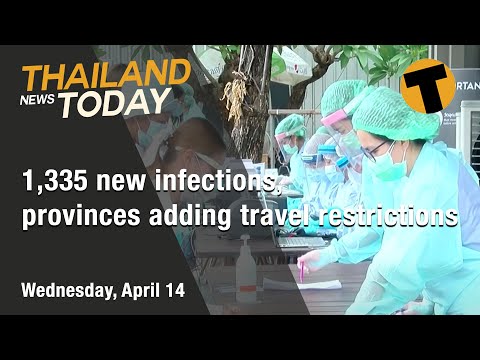 Thailand’s CCSA has announced 1,335 new infections today, after a slight dip in the 13 day surge yesterday. 1,326 of those new infections are local, not imported, and mostly from Bangkok. Today’s tally takes the national total to 35,910 since January 2020 when the first case outside China was detected in Thailand on January 13.

The new infections have mostly emerged in Bangkok with 351 cases. Surrounding provinces report an additional 115 infections today. In other provinces, 877 people.

It’s also been reported today that 36 people are currently in a serious condition and 9 people are on ventilators.

Meanwhile, Prachuap Khiri Khan officials have ordered the closure of “high risk venues” such as pubs, bars, water parks, children’s playgrounds, gyms, cinemas, game shops. The Governor says restaurants can open “but no alcohol can be served”. This includes the seaside town of Hua Hin.

In Krabi there is now a total of 11 infections, 6 new ones yesterday. In Chon Buri, which includes Pattaya, there were 99 new confirmed infections of Covid today … a similar number to the past few days.

Meanwhile 42 out of Thailand’s 77 provinces are now imposing restrictions on entry… either self-quarantine, Covid tests or other requirements. Phichit, Lampang and Ubon Ratchathani are the latest to join the growing list.

At this stage, the various provinces are coming up with their own measures, adding to the general confusion as people travel around the country for Songkran.

Many of the provinces currently require quarantine for people who travelled from the 3 hot zone districts in Bangkok at the centre of the current cluster.

The latest information is being added to this website… moicovid.com but it’s in Thai.

Here’s a list of provinces current imposing restrictions on entry as you travel. You can scroll through if you’re not interested.

Thailand rang in another Lunar New Year, or Songkran, without its normal noise and celebration yesterday, highlighting the impact that the current Covid outbreak is having. For the 2nd year, the biggest Thai holiday was subdued without water-splashing, parties, and concerts.

There were few official events, compared to the pre-Covid days… Thailand’s Culture Minister led officials  in what was called a “New Normal, Preserving Thai Culture” event at Wat Arun in Bangkok.

The temple was open while others were partially closed because of the pandemic. Other normally bustling areas of Bangkok were also silent, as Songkran was cancelled due to what’s being described as a 3rd wave of Covid hitting the country in some media.

Police in Bangkok are on the hunt for the owners of 2 nightclubs considered ground zero for the current clusters currently spreading around the country. The Krystal Club and Emerald Thonglor 13, in the capital’s fashionable Thonglor district, are currently closed. However, officials are now attempting to track down the real owners of both establishments.

Authorities are examining ownership and shareholding documentation related to the 2 venues, after the Bangkok police chief confirmed a cluster of Covid-19 infections is believed to have spread from these clubs. The managers of both venues have been charged with violating the emergency decree and disease prevention regulations.

3 nightlife venues in Phuket, thought to be behind a resurgence of Covid-19 in the southern province have been closed as part of a wider temporary shutdown of nightlife on the island. It is not yet known if the owners will face prosecution.

The Illuzion and Shelter nightclubs in Patong, along with the Café del Mar beach club in Kamala all held big parties during the weekend of April 2- 4, with invited guests travelling from as far as Bangkok.

A top UN official is warning that Myanmar could follow the path of Syria in terms of descending into a bloody civil war, unless the violence subsides. The UN high commissioner for human rights is calling on all countries with influence to apply concerted pressure on the ruling military junta to end its campaign of repression and the slaughtering of its people. She says neighbouring countries are especially being called upon… obviously that includes Thailand.

She says the military has committed, what amounts to, crimes against humanity, and the human rights violations must be stopped.

The country’s armed forces, known as the Tatmadaw, attacked civilians last weekend with rocket-propelled grenades and mortar fire, killing at least 82 people. Credible reports also indicate that people are fighting back by using makeshift or primitive weapons with clashes between the military and ethnic armed groups in Kayn, Shan, and Kachin states are picking up steam.

At least 3,080 people currently detained, there are reports that 23 people have been sentenced to death following secret trials

Aung San Suu Kyi has not been seen since her arrest, and is now facing even more trumped up charges that could see her barred from political office or worse. The junta military has been killing innocent civilians and peaceful protesters since the coup began, censoring the media, and shutting down the internet.