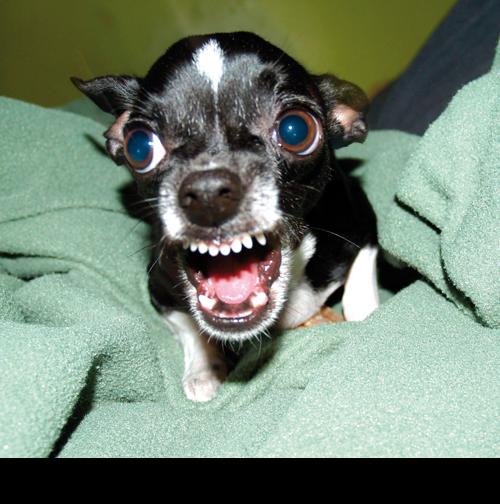 PHUKET: We’ve all heard stories about aggressive dogs and perhaps you have one of these so labeled canines living next door. Many of us have read newspaper articles, here and abroad, depicting vicious attacks on youngsters, or other dogs, by these ‘aggressive’ or ‘bully’ breeds. Of course, we all know the breeds I’m talking about: Staffordshire Bull Terriers, Pit Bulls and Rottweilers. These are all hard-core, not for the fainthearted, child mauling breeds of dog – right?

Before we delve in, let me remind you this is based on a US research study, albeit involving over 6,000 owners and over 40 different breeds of dog. I mention this as here in Thailand there is really no animal welfare legislation, and while there are bans on the importation of certain breeds, there seems to be no problem with breeding and selling them here.

In the US, with breed specific legislation acts being brought forward in more and more areas across the country, breeds like Pit Bulls, Rottweilers, Doberman Pinschers and other ‘scary’ breeds are in danger of losing their homes and even their lives. These particular breeds are often touted as being extremely aggressive, but as the research shows, this isn’t always the case.

So, which are regarded as the most aggressive breeds then?

Well, in third place, is the Jack Russell Terrier. If you think about it, maybe you’ve had an aunt or a grandmother that used to have one and you can probably recall it being a yappy, nippy little thing, at least that’s what most people tell me.

Second on the list? The mighty Chihuahua. I say mighty, for we are all well aware of the massive heart these little dogs seem to have. Nose to nose with a Great Dane, a Chihuahua ain’t backing down.

As for number one? The all time most aggressive breed? The Dachshund. Results from the survey found that one in four Dachshunds had either bitten or tried to bite strangers, and even owners, and a similar number had tried to attack other dogs.

“Reported levels of aggression in some cases are concerning, with rates of bites or bite attempts rising as high as 20 per cent toward strangers and 30 per cent toward unfamiliar dogs,” says Dr James Serpell, one of the team’s researchers, about Dachshunds.

Conversely, the “media darlings of savagery”, those Pit Bulls and Rottweilers and so on, actually scored below average in the aggression study, in a similar band with Basset Hounds, Golden Retrievers and Labradors.

The researchers also say that the bite statistics that have been released in recent years are skewed because most dog bites are not reported. Big dog bites are more likely to require medical attention, but this does not mean that those breeds are doing the majority of the biting. While we can all imagine a bite from a German Shepherd or similar being quite traumatic and serious, one should never underestimate the strength and damage a little Dachshund or Jack Russell can do, especially with children and babies around.

How did it come to this? That’s a good question and the answer is quite complex. Ultimately, a lot of this depends on the owners, how they treat their dogs, how they react and respond to various situations and, essentially, what they are teaching their dogs, whether on purpose or unwittingly.

Responsible owners of a Pit Bull, or say, a Rottweiler, are naturally more aware of their reputation for aggressiveness and tend to take more control; possibly by enrolling the dog in obedience classes, or seeking help and advice from professionals. For they know it is important to have this type of dog under control.

However, it can often be the case with owners of a Chihuahua, or a Dachshund, to respond with “oh, its really cute” when he barks and snarls, or “isn’t he sweet, being all defensive of me”. However, in truth, these behaviors can, and occasionally do, lead to serious consequences.

In my time as a trainer, I’ve met some wonderful loving dogs across all breeds, and equally, met some really nasty ones, but one thing is always the same. It’s not the dogs fault, but that of their owners, although in fairness, a lot of the time the owner isn’t aware of what he’s doing and the longer term consequences of his actions.

Any dog in the wrong environment, regardless of breed, has the potential to bite, or cause damage, and of course the reverse is also true. But if you’re unsure about your dog’s behavior, or you feel the dog is behaving inappropriately, then seek advice. All too often, we hear those famous words, “but he’s a lovely dog, really!”. Which I’m sure is true, but ‘lovely’ dogs are often put down or re-homed because of a history of biting and aggressive behavior. A simple evaluation could make the difference between harmony in your household, or a serious dog bite.

Still not convinced? Two of my own dogs, a Rottweiler and a German Shepherd, are American Kennel Club (AKC) Therapy Dog certified and have partaken in numerous canine assistance programs, including a Reading With Dogs program at the British International School of Phuket.

For more information on the roles dogs play in our lives, or to enquire about training
classes, contact the Thailand Canine Academy on 089-588 4050 or email canineworld@icloud.com or check the website: thailandcanineacademy.com.

Phuket Explore: Blazing Saddles – Sok it to me baby!