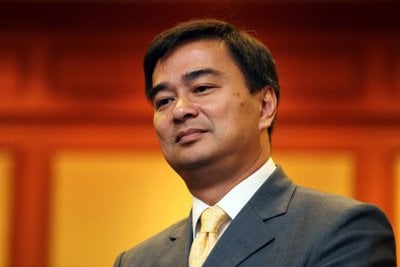 PHUKET: Former Prime Minister Abhisit Vejjajiva and former Deputy PM Suthep Thaugsuban will be charged with conspiracy to murder related to the death of a civilian during the red-shirt protests in Bangkok in 2010.

More than 80 civilians and six soldiers were killed, and more than 2,100 injured, in the violent clashes between protestors and police on May 19, 2010.

State news agency MCOT reported that Department of Special Investigations (DSI) Director-General Tharit Pengdit announced the news today, citing that the Democrat leaders will be charged specifically “for involvement in [the] death of taxi driver Phan Khamkong during [the] 2010 political violence”.

“They must be charged with conspiracy to murder as they have contravened Sections 59, 83, 84 and 288 of the Criminal Code,” Mr Tharit said, reported Phuket Gazette partner publication Nation Breaking News.

“Mr Abhisit and Mr Suthep will be called to present themselves at the DSI headquarters [in Bangkok] to be formally charged on Wednesday, December 12, at 2pm,” he said.

“After they have been formally charged, we will consider allowing them to be released on bail before we hand the case to the court,” Mr Tharit added.